A misfit teen’s dream of being a superhero comes factual in Ms. Marvel trailer

A misfit teen’s dream of being a superhero comes true in Ms. Marvel trailer


Marvel Studios has released the official trailer for its latest MCU spinoff series: Ms. Marvel, starring Iman Vellani as Kamala Khan/Ms. Marvel. Created by Bisha K. Ali and consisting of six episodes, the miniseries will air on Disney+ and help set up the upcoming film, The Marvels, next year.
Ms. Marvel is a relatively recent addition to the world of Marvel Comics, with the distinction of being the first Muslim character to have her own comic book storyline. She appeared briefly in the background of Captain Marvel #14 (2013), and the solo series Ms. Marvel debuted in February 2014. That first volume won a Hugo Award for best graphic story in 2015, and the rapid success and popularity of the character is what inspired Marvel Studios President Kevin Feige to introduce Ms. Marvel into the MCU Phase Four.
Kamala Khan, aka Ms. Marvel, is a teenage Pakistani American who lives in Jersey City. She’s a major comic books fan, worships Carol Danvers/Captain Marvel, and fantasizes about becoming a superhero herself one day. And then that day arrives. Her powers stem from the Terrigen Mists, released globally in a crossover storyline, the “Inhumanity.” The mists activated dormant Inhuman cells in several people, Kamala included. 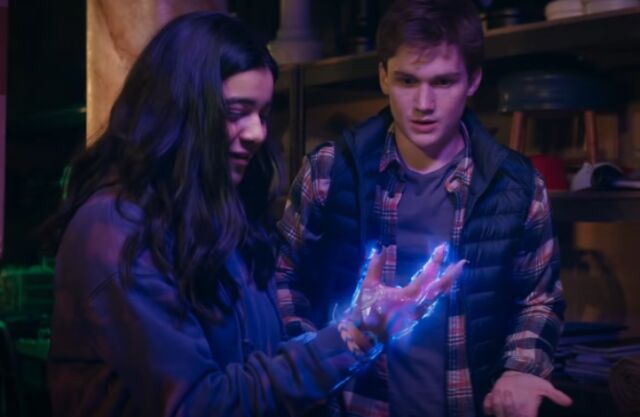 Marvel announced the planned miniseries during the 2019 D23 conference and offered a first look with early footage during the 2020 Disney Investor Day. (That footage included clips of Vellani’s audition, as well as the moment she learned she’d won the role.) Per the official premise:
An avid gamer and a voracious fan-fiction scribe, Kamala is a Super Hero mega fan with an oversized imagination-particularly when it comes to Captain Marvel. Yet Kamala feels like she doesn’t fit in at school and sometimes even at home-that is, until she gets super powers like the heroes she’s always looked up to. Life gets better with super powers, right?
Matt Lintz plays Kamala’s best friend, Bruno; Aramis Knight plays the vigilante Red Dagger (aka Kareem); Rish Shah plays Kamran, the hot guy Kamala crushes on; Saagar Shaikh plays Amir, Kamala’s older brother; and Mohan Kapur and Zenobia Shroff play Yusuf and Muneeba Khan, Kamala’s father and mother, respectively. 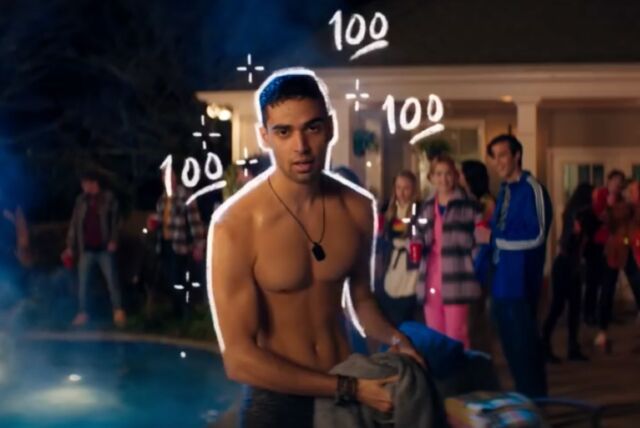 Set to the cheery upbeat tempo of The Weeknd’s “Blinding Lights,” the trailer opens with a daydreaming Kamala before morphing into a scene with the high school guidance counselor, who thinks Kamala spends too much time in fantasy land-a sentiment shared by her parents. Of course, Kamala is a nerd who sports superhero T-shirts that earn the ridicule of the resident Mean Girls. When her powers emerge, she tells Bruno that it makes her feel “cosmic,” but she soon learns that great power often comes with great cost. “I always thought I wanted this kind of life,” we hear her say. “But I never imagined any of this.”
In the comics, Kamala’s main superpower is the ability to elongate herself, stretching parts (or all) of her body to extraordinary lengths. She can shapeshift into other people or objects, shrink down or enlarge her body, and has a healing factor to help her recover from injury. None of those abilities is visible in the trailer. Instead, Kamala seems to be channeling the same kind of energy that animates Carol Danvers/Captain Marvel, suggesting the writers decided to change Kamala’s powers when they brought the character to the screen. Then again, her comic book abilities might show up in some form over the course of the series.
Ms. Marvel debuts on Disney+ on June 8, 2022. Vellani will reprise her role in the upcoming MCU Phase Four film, The Marvels, currently slated for release on February 17, 2023. 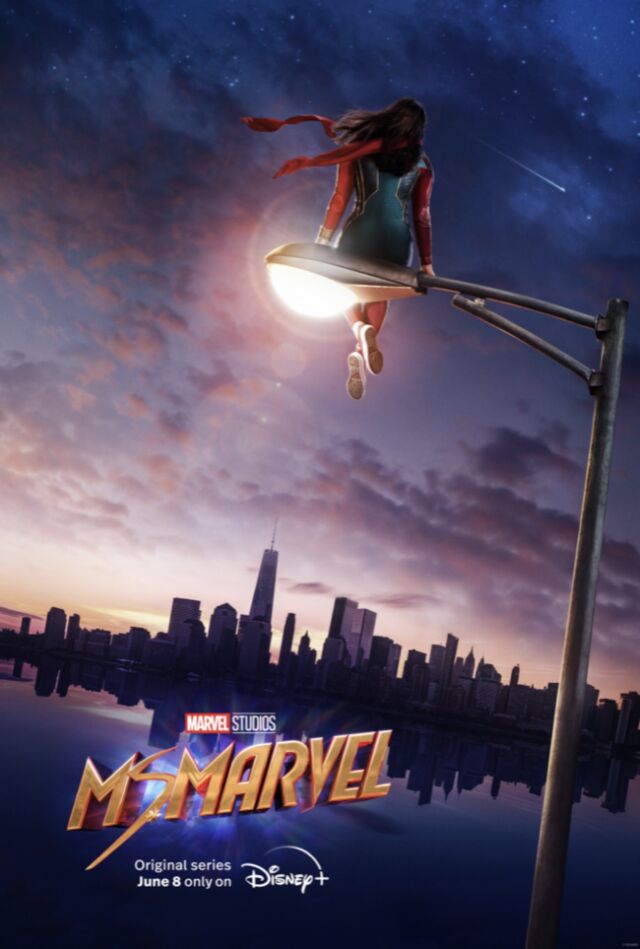