Alia Bhatt and Ranbir Kapoor got married on April 14 in an intimate ceremony. Ahead of their big day, the couple enjoyed pre-wedding festivities at Ranbir’s house Vastu. Post the wedding, a lot of inside pictures and videos are doing the rounds on social media. On Sunday, Alia’s aunt Tina took to Instagram and shared a family picture from one of the ceremonies.
She took to her Instagram story and shared a happy family portrait. The picture features Alia, Ranbir, Soni Razdan, Neetu Kapoor, Riddhima Kapoor Sahni, Samara, Shaheen Bhatt, Mahesh Bhatt, Rima Jain, and other family members. It looks like the picture is from the prayer meeting (puja) that was reportedly kept for Rishi Kapoor. Alia and Ranbir have tilaks on their foreheads. Have a look: 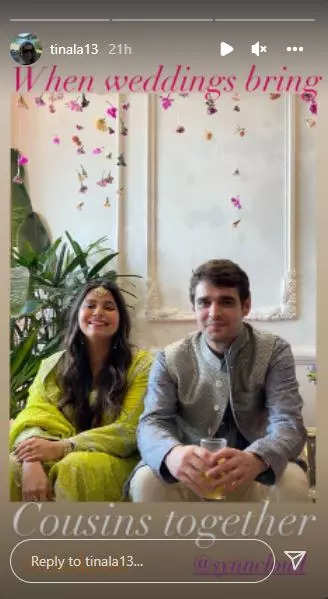 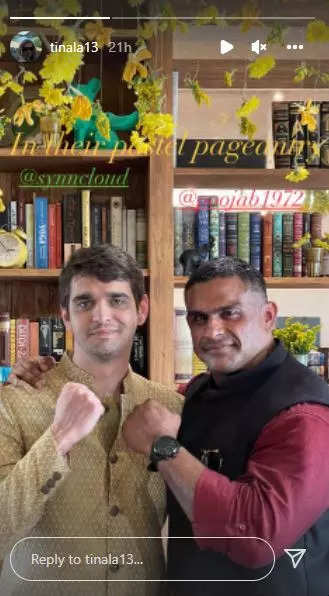 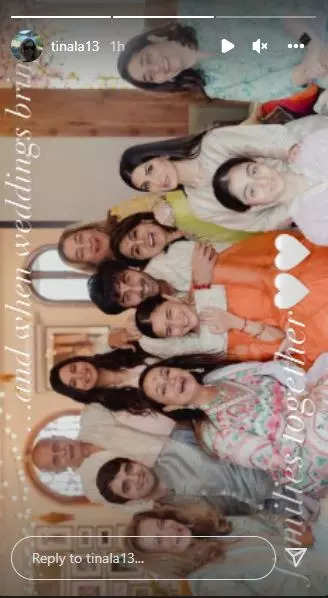 In the picture, Ranbir is seen holding his wife Alia as they happily pose for the camera. Neetu and Soni too are seen flashing their million-dollar smiles. Along with the picture, she wrote, “A widening inner circle Weddings bring families together #ranbiraliawedding #weddingoftheyear #intimatewedding #familymatters.” Riddhima dropped a heart emoji in the comments section while Neetu shared it on her Instagram story with heart and earth emojis.

Meanwhile, Alia and Ranbir’s wedding was kept under wraps till the pre-wedding ceremonies started. It was Neetu who finally confirmed that the couple will tie the knot at Ranbir’s Vastu house.

On the work front, Alia recently returned after shooting for ‘Rocky Aur Rani Ki Prem Kahani’. On the other hand, Ranbir was also busy shooting for ‘Animal’. He returned to Mumbai on Sunday afternoon. The newlyweds will feature in ‘Brahmastra’ together which will release this year in September.