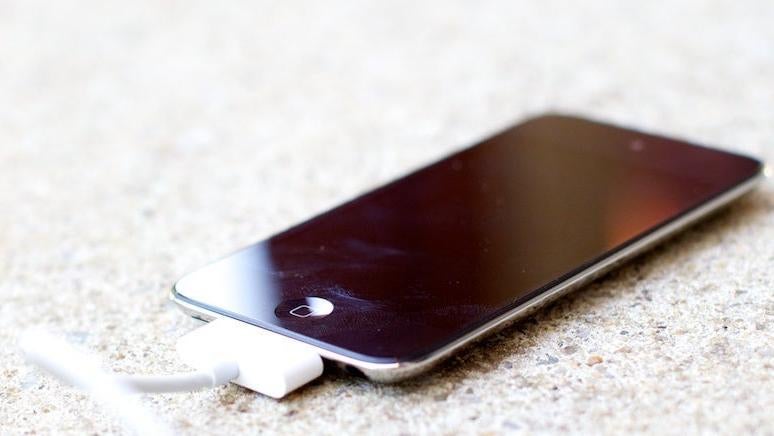 RIP iPod. It was a hell of a ride.

Apple today announced that supplies for the iPod Touch, the last remaining iPod, would only be available while supplies last, marking the end of a 20-year era for the dedicated portable music player.
For many, the iPod was the gateway to digital music. But in the same way that it helped kill the CD, the iPod’s days became numbered the moment Steve Jobs stepped on stage in 2007 to reveal the iPhone, which the Apple co-founder described as a combination of a “widescreen iPod with touch controls,” a mobile phone, and an internet communicator.
When it was first revealed by Jobs in 2001, the original iPod was described as a portable hard drive with CD-quality music that let you purchase songs at a low price and store them in your pocket. It’s hard to make that sound revolutionary in today’s world, but it was groundbreaking at a time when people were carrying around CD players, changing out discs to go from one album to another.
“With iPod, Apple has invented a whole new category of digital music player that lets you put your entire music collection in your pocket and listen to it wherever you go,” Jobs said. “With iPod, listening to music will never be the same again.”
The iPod went through countless iterations, giving customers more portable options for using on a run or at the gym, but also larger ones with big screens (for the time) for easier navigation. With each passing year, Apple whittled down its options by killing off the iPod Nano, iPod Shuffle, and iPod Mini. For the past few years, all that remained was the iPod touch. Now, it too will meet its end.
Experience Next-Level Sound
Spatial audio with dynamic head tracking provides theater-like sound that surrounds you
A device I still hold close to my heart is a 3rd Gen Nano, a stumpy rectangle with a tiny display and that signature white dial. I remember blowing my eardrums out listening with those terrible included earbuds to emo bands like Circa Survive, Death Cab for Cutie, or Taking Back Sunday. Hell, I still listen to some of the artists I discovered while flipping through iTunes. We all have our favorite iPods. For my colleague Andrew Liszewski, it’s the screen-less iPod Shuffle, for its basic design and simple functionality.

If you want to own the current last surviving iPod, the iPod touch is still available for $199 on Apple’s website. Otherwise, let’s pour out some drinks at the iPod’s wake and chat about our iPod memories.