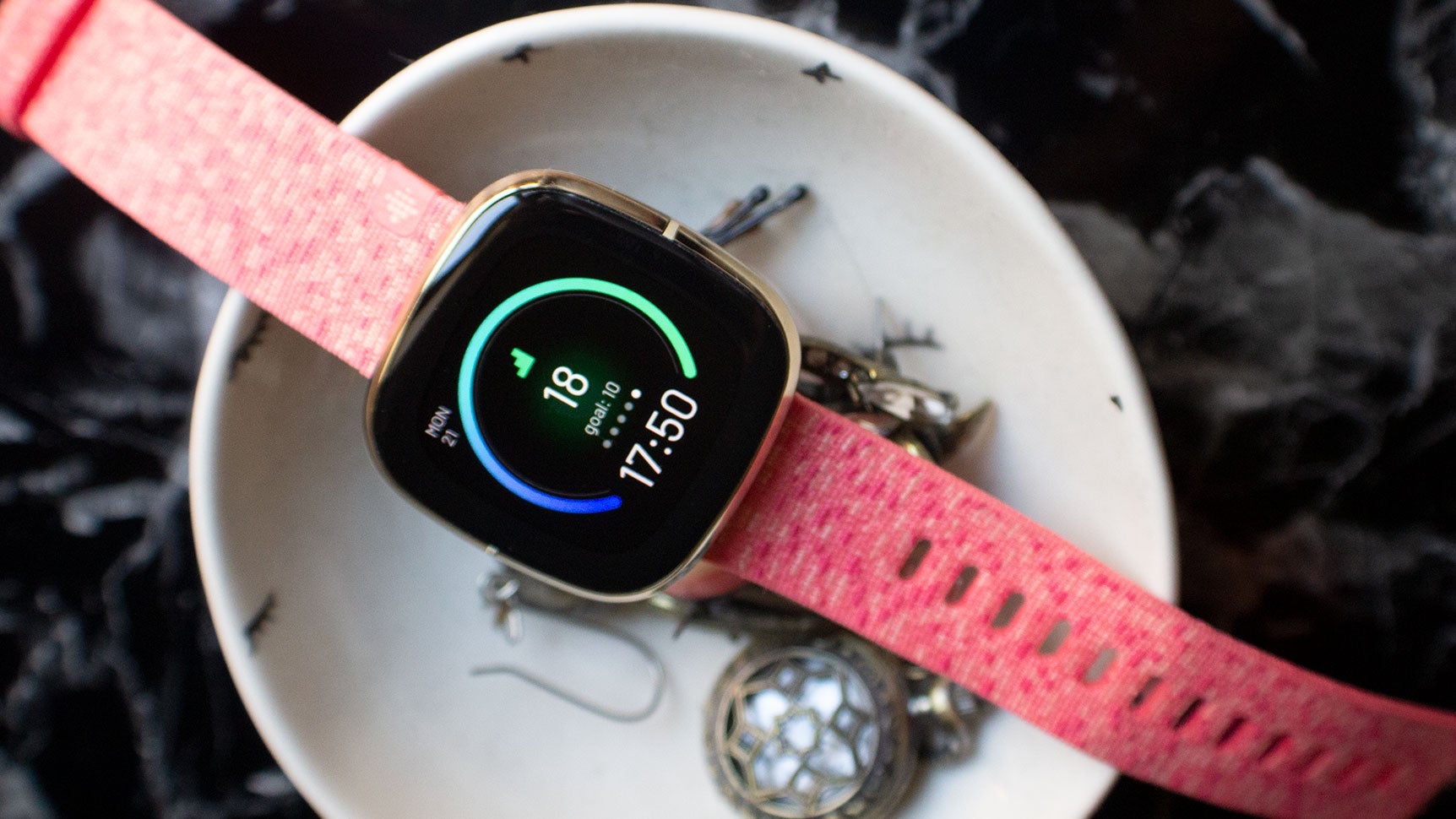 Google announced today that the U.S. Food and Drug Administration granted clearance for a long-awaited algorithm to detect atrial fibrillation (AFib) in users through select Fitbit smartwatches and fitness trackers.
Some of today’s smartwatches contain an electrical heart sensor that can take an ECG reading and scan for AFib, the most common type of irregular heart rhythm and a risk factor for stroke. However, these manually run scans can miss irregularities that occur outside of the testing window. Fitbit’s method for detecting AFib takes a different approach, one that Google suggests is more effective at detecting irregular heart rhythms.
Where the current method is more of a spot-check taken with a manual ECG reading, Google and Fitbit’s new smartwatch feature looks for AFib by using a photoplethysmography (PPG) algorithm that passively assesses heart rhythms in the background while the user remains still or asleep. AFib is sporadic so scanning overnight gives the smartwatch a better chance of finding irregularities. In fact, because ECG and EKG tests are only a snapshot in time, they can sometimes miss AFib, which is why doctors may require patients to use a portable heart rhythm monitor over several days.
Fitbit’s algorithm works by detecting blood volume changes in the tiny blood vessels that expand and contract throughout your body as your heart beats. Those volume measurements correspond with your heart rhythm and are analyzed by the detection algorithm to search for signs of AFib. If this sounds familiar, it’s because Apple’s smartwatches already support a similar feature.

To determine the effectiveness of this method in smartwatches, Fitbit, in 2020, enrolled 455,699 people in a five-month study that found the PPG detection algorithm correctly identified aFib episodes 98% of the time compared against ECG patch monitors. You can read the full study report on the American Heart Association website.

Stream your favs easier
The Fire TV Stick 4K Max can be used to access all of your favorite streaming services with crystal clear 4K visuals, can be used along with Wi-Fi 6 devices, and even grants access to some live TV services too.
“These results show that wearables have the ability to identify undiagnosed atrial fibrillation with high reliability,” Steven A. Lubitz, M.D., M.P.H., an associate professor of medicine at Harvard Medical School and cardiologist at the Massachusetts General Hospital in Boston, said. “Since so many consumers use wearables, it is possible that algorithms such as the one we studied could be applied widely to help identify undiagnosed atrial fibrillation, allowing patients to obtain care before devastating complications such as a disabling stroke may occur.”
The Fitbit PPG-based algorithm will be coming “soon” across a “range of heart-rate enabled devices.” This testing method won’t replace going to a doctor, but it could surface potential warning signs and lead to early detection.