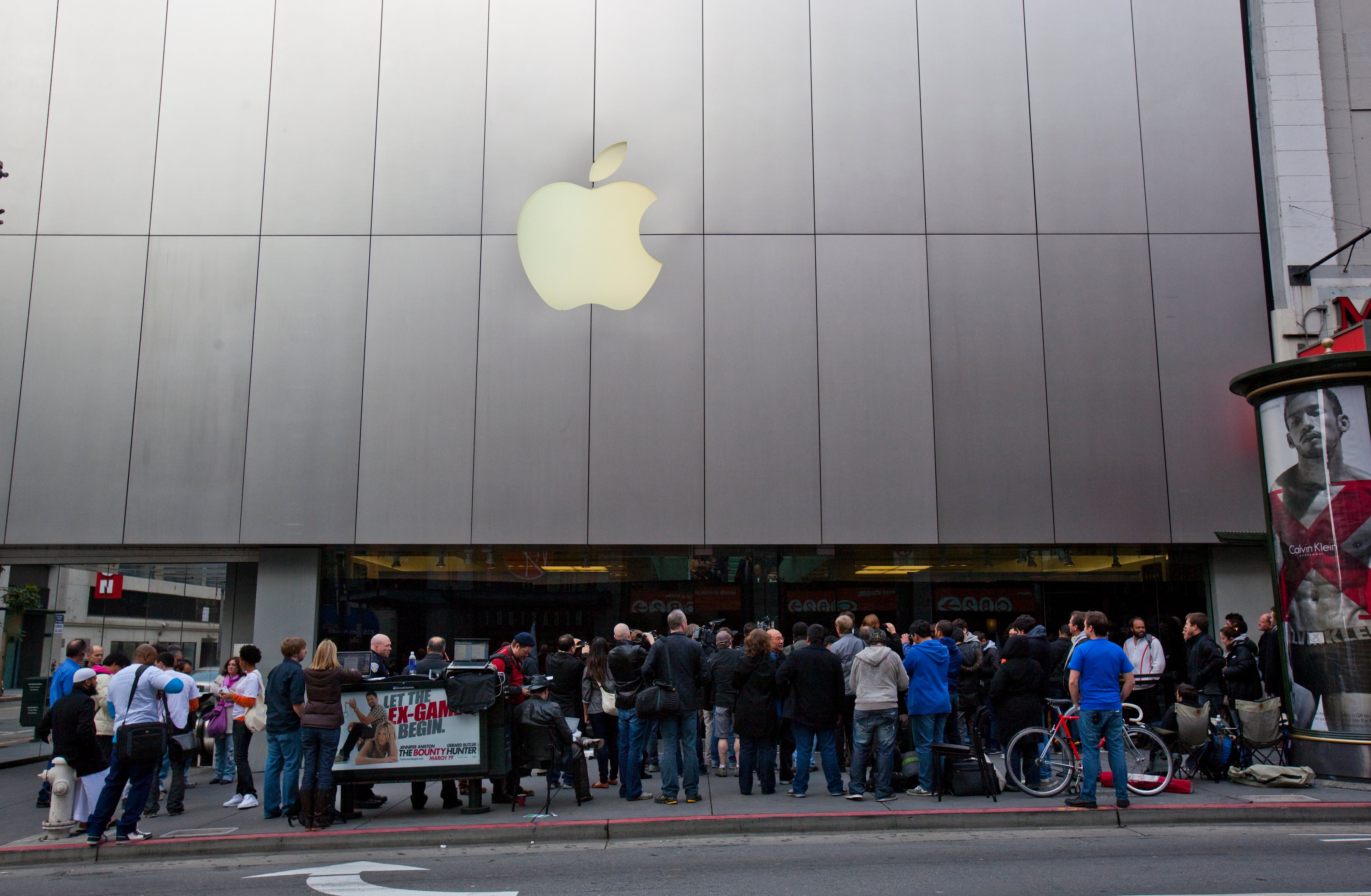 New York City may be the Big Apple, but the Peach State may soon become home to the first Apple union. Workers at an Atlanta Apple Store filed for a union election Wednesday, the first in the country to do so.
The news comes just days after New York City’s Grand Central store workers announced they were starting the signature gathering process necessary to trigger an election. However, the Atlanta store finished gathering their signatures ahead of NYC.
More than 70% of workers at the store, located in the suburbs North of Atlanta, signed cards supporting a union election, and the store employees have filed for formal union recognition with the National Labor Relations Board, according to a press statement about the unionization effort from The Worker Agency.
“We want to make sure that every Apple worker is able to afford quality housing and basic living expenses. We are proud to be standing shoulder to shoulder with our coworkers and look forward to working with Apple to build an even better company for workers, consumers and for Apple itself,” said Elli Daniels, a product zone worker at the Atlanta store, in the written statement.

If the election succeeds, more than 100 employees at the Cumberland Mall store would be included in the Communications Workers of America union, according to the statement. And, it would be the first ever retail union within Apple Inc.
Apple AirPods 3
Level up your earbud game
Apple has added premium features previously exclusive to its more luxurious AirPods Pro, such as spatial audio and water resistance.
Whispers of Apple unionization started circulating back in February. New York’s Grand Central store workers were the first to announce their union efforts publicly on Monday, and the employees at the Atlanta store have taken things one step further.
Apple Store workers are the latest to organize in a burgeoning tech and retail labor movement. The Cumberland Mall announcement comes on the heels of recent, successful unionizations at an Amazon warehouse in Staten Island, multiple Starbucks locations, an REI retail store, Google, and elsewhere. Full disclosure: It’s a trend that Gizmodo is very much a part of.
Right now, basic expenses are difficult to cover on an Apple Store wage. From a report by Bloomberg Law:

Organizers say wages at the store fall below the living wage for Atlanta. Starting pay is about $20 an hour, below the $31-an-hour living wage a single parent with one child needs to live there, according to the Massachusetts Institute of Technology. The union wants to raise base wages to $28 an hour, the minimum it says is needed for a single employee to afford a one-bedroom apartment without being rent burdened.
Meanwhile, the iPhone maker is worth more than $2.7 trillion, the world’s most valuable company. As of writing this, it is unclear how Apple will respond. They could voluntarily recognize the union, or opt to fight it, as many companies do. The company did not immediately respond to a request for comment.
“We welcome the workers who are organizing at Apple and call on the company’s management to reject union busting tactics so that they can vote without interference or intimidation,” said Ed Barlow, president of the Communication Workers of America Local 3204, in the written statement.
Barlow added, “these workers have been indispensable during the pandemic and the high level of service and support they provide is critical to Apple’s success. By having a union voice, they will be able to negotiate lasting improvements to their working conditions.”