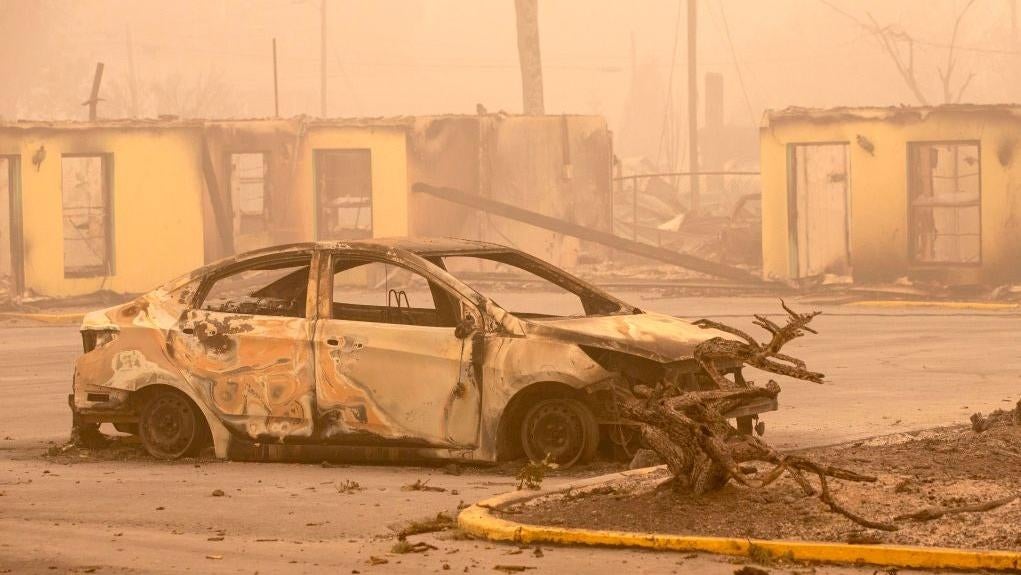 Wildfires are brutal out here. So much so that Oregon, a historically temperate state that is seeing rapidly rising temperatures, is creating laws to protect its workers from extreme heat and wildfire smoke.

The state has adopted new rules this week mandating that employers protect their workers from the dangerous conditions. The heat rules will go into effect June 15, and the wildfire rule will begin on July 1, Oregon Live reported.
In the case of wildfire smoke, employers have to train employees about the dangers of smoke exposure and must have respirators available for workers when air quality becomes unhealthy. Those rules also recommend relocating away from smoke if possible. The heat rules require that employers provide workers with shaded areas, water, and breaks to protect health and safety during especially hot days. Workers must also be trained about the dangers of extreme heat.
“As we enter what we expect will be another hot and dry summer, all workers, including Oregon’s hard-working agricultural and farmworkers, deserve health and safety protections from extreme heat and wildfire smoke,” Oregon Governor Kate Brown said in a statement earlier this month. “I am proud that Oregon will be a national model for heat and wildfire smoke protections for all workers.”
The trainings and precautions are necessary, as overexposure to wildfire smoke is no joke. The smoke from fires is worse for us than the exhaust that comes out of cars, Greg Huey, chair of Georgia Tech University’s Earth and Atmospheric Sciences department, told Earther in 2018. It’s full of particulate matter that lodges into our lungs and can lead to lung disease.
Experience Next-Level Sound
Spatial audio with dynamic head tracking provides theater-like sound that surrounds you
Heat is also especially dangerous. It kills up to 1,600 Americans a year, according to the EPA. It moreso affects those who are older and who have chronic health issues, but even relatively “healthy” active people have a hard time functioning and working in extremely humid and hot conditions.
As more fires and heat waves have made their way up north, residents and workers in Oregon have learned just how dangerous those conditions can be. Almost 100 people died across the state last year when temperatures soared and people were caught off guard. A construction worker and two farm workers died from those conditions last June.
Fire seasons are not new, and many native forests in the American West and Southwest evolved to deal with some form of fire. But wildfire seasons are now starting earlier and lasting longer. Sometimes fires are caused by reckless behavior, like a disastrous gender reveal involving fireworks that sparked the deadly El Dorado Fire in 2020. But the climate crisis is also elongating the kinds of conditions that allow for larger and hotter fires, because the dry conditions and hotter temperatures make it easier for flames to spread.
And after an especially warm and dry winter, fires are raging across multiple states. In April, two separate blazes combined into one fire complex that is now the Calf Canyon/Hermits Peak fire in northern New Mexico’s San Miguel Country. It has burned over 165,000 acres (257 square miles) and is currently the third largest in New Mexico’s recorded history. Earlier this month, President Biden approved a disaster declaration for five counties in the state due to the ongoing wildfires.