Kanika Kapoor has been seen today promoting her upcoming Saregama song ‘Buhe Bariyan’ which will soon be out. Kanika is extremely buoyant and excited and wishes that she had it with her before she went abroad for her shows last month. “The response that I got in almost all the cities for my recent shows was phenomenal. I don’t think drinking at the event is allowed, but I guess they had all come drunk or got drunk on my songs. It was crazy. Frankly I didn’t expect such a response, especially considering the fact that the COVID scare is still not over,” she said in an exclusive chat with us, this evening. 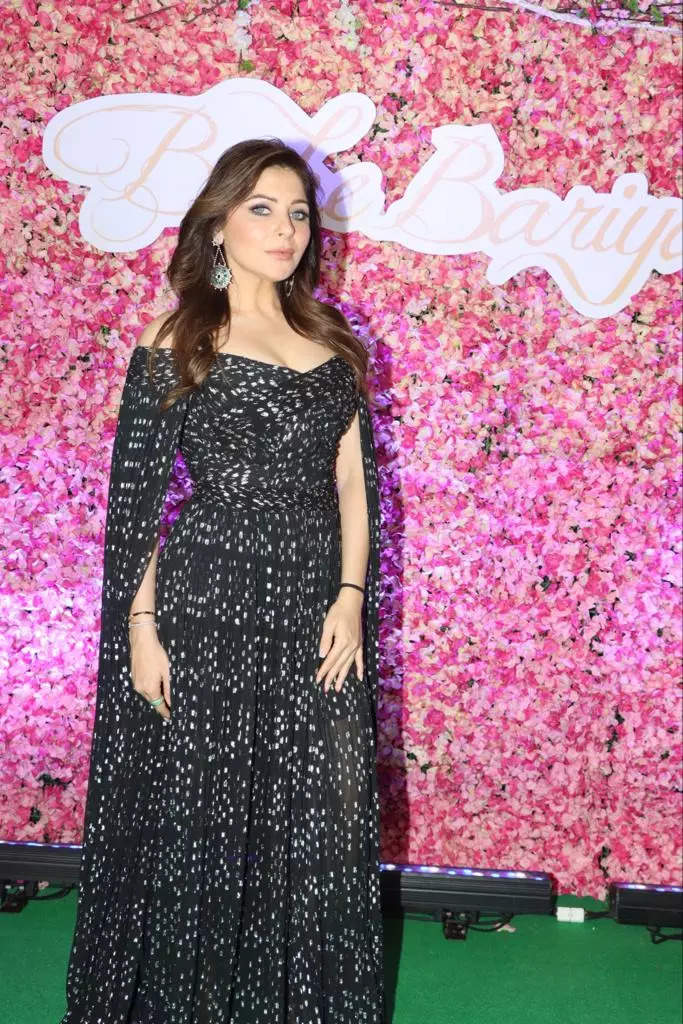 Talk to her about her upcoming wedding with a certain Gautam, an NRI from London- and Kanika just blushes and does not confirm. But when asked what does love mean for her now, she says, “We are all looking for love. Love is important- not just from your boyfriend and husband but also from all your near and dear ones.” And, Kanika does not deny that she is in love again.
Without cribbing about her first marriage with a certain Raj Chandok, she says that she picked up the threads and decided after her divorce that she needs to go out and work. She adds that she had to do it for her kids- Aayana, Samara and Yuvraj. “My parents told me not to crib about who was right and who was wrong and that helped me to move on. Financial independence gives you self-respect and I needed that. It wasn’t easy initially- but it all settled down beautifully.”

And where do the kids stay? “They are based in London, but they shuttle their stays with my ex-husband and me. Raj and I are cordial with each other. My first marriage may not have worked out but I have not become anti-love or anti-men.”