Lenovo unbiased Upgraded One of the Best Premium Chromebooks

Lenovo Just Upgraded One of the Best Premium Chromebooks 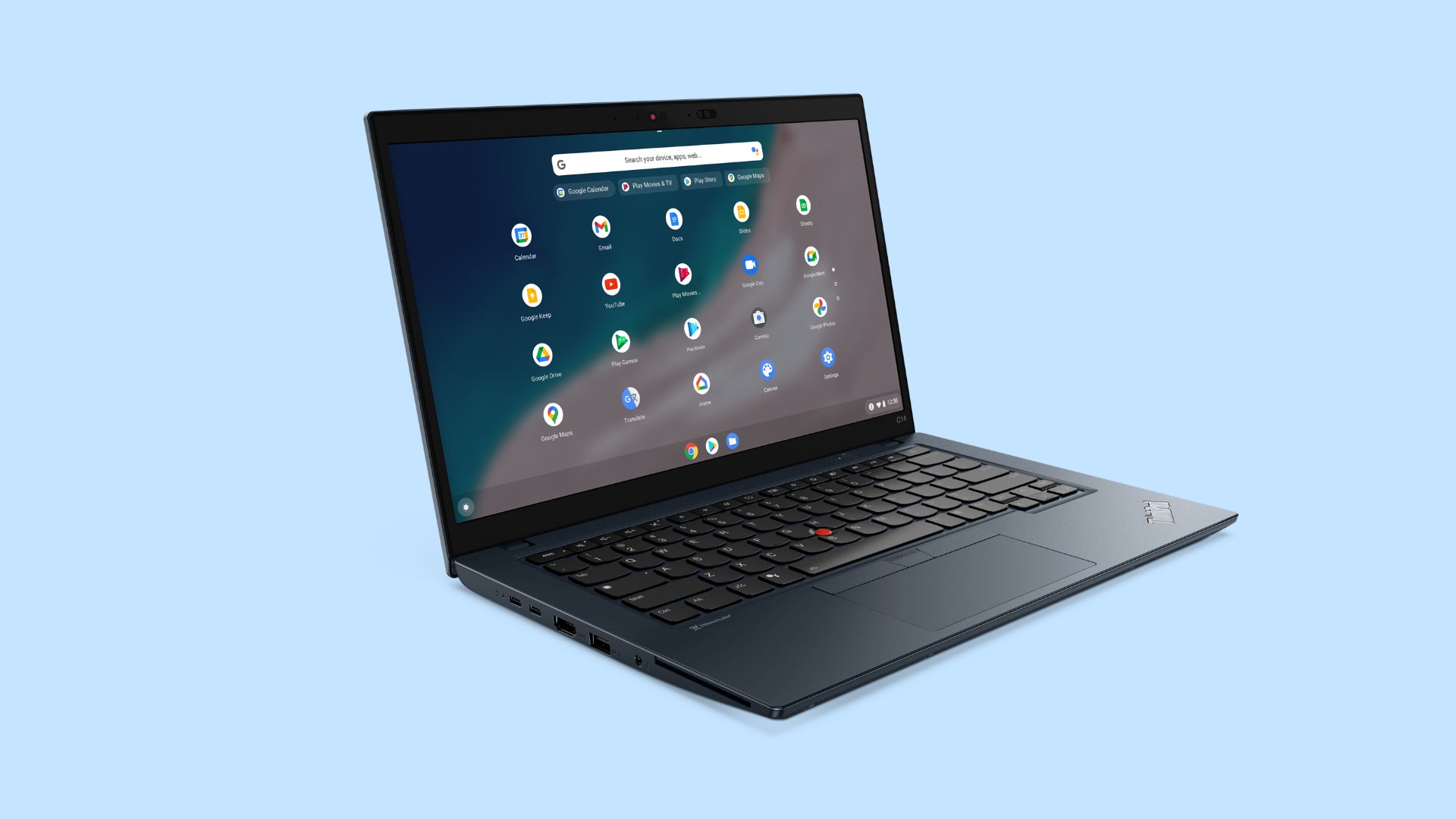 Lenovo is expanding its popular ThinkPad series with two new models that, in some ways, are opposites. In one corner is the ThinkPad P16, a workstation housing the most powerful mobile components in a chunky chassis. In the other is the new ThinkPad C14 Chromebook Enterprise, a colorful portable device running Google’s Chrome OS.

Offering niche features, these systems will appeal to specific audiences, with the ThinkPad P16 targeting engineers, designers, and creative professionals, while the ThinkPad C14 is an enticing option for small business owners, students, or customers who want ThinkPad quality at a lower price. Though they’re not the cheapest options, I’m expecting good things given that their predecessors were among the best in their respective categories.
Release date and price
The ThinkPad C14 Chromebook will be available in June starting at $629. There are multiple SKUs, so expect a fully loaded model to be closer to $1,000.
Naturally, the ThinkPad P16 is considerably more expensive and will start at $1,979 when it arrives later this month. Workstations always allow for extensive customization; I wouldn’t be surprised if the top option were several thousands of dollars more expensive than the base ones.
Lenovo ThinkPad C14 Chromebook
Designed primarily for small-t0-medium-sized businesses, the ThinkPad C14 Chromebook Enterprise is a slim, lightweight system containing several signature ThinkPad elements.
Experience Next-Level Sound
Spatial audio with dynamic head tracking provides theater-like sound that surrounds you 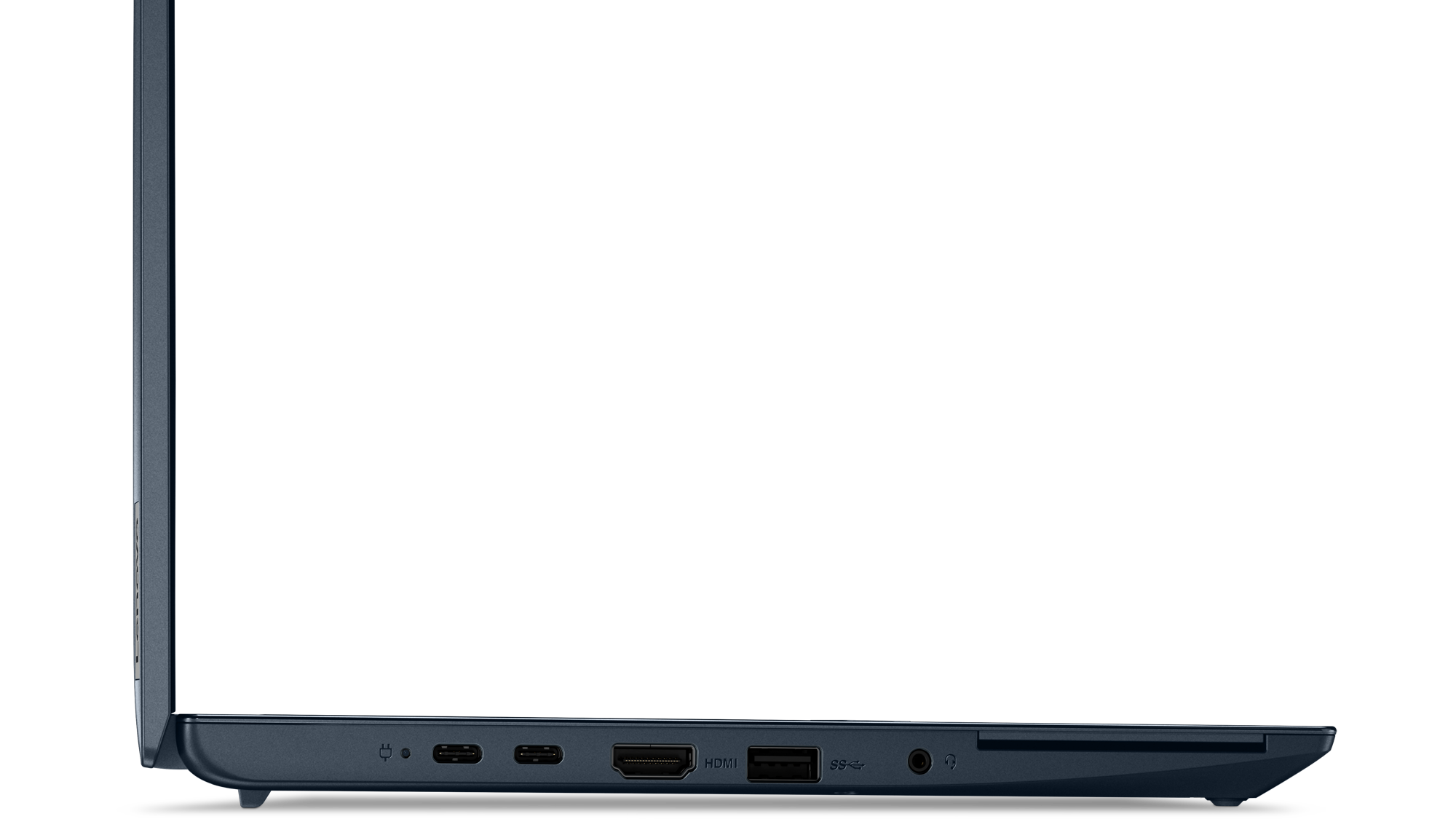 That includes a durable, MIL-SPEC tested chassis with that little red rubber nub nestled in the center of the backlit keyboard. Joining that nub are its signature top left-and-right clickers. ThinkPad branding adorns the deck below an optional fingerprint scanner. Instead of the traditional black-on-red color scheme, the ThinkPad C14 is “Abyss Blue,” a deep navy blue. The C14 appears to have thick display bezels, but at least they house a 1080p webcam with a privacy shutter. 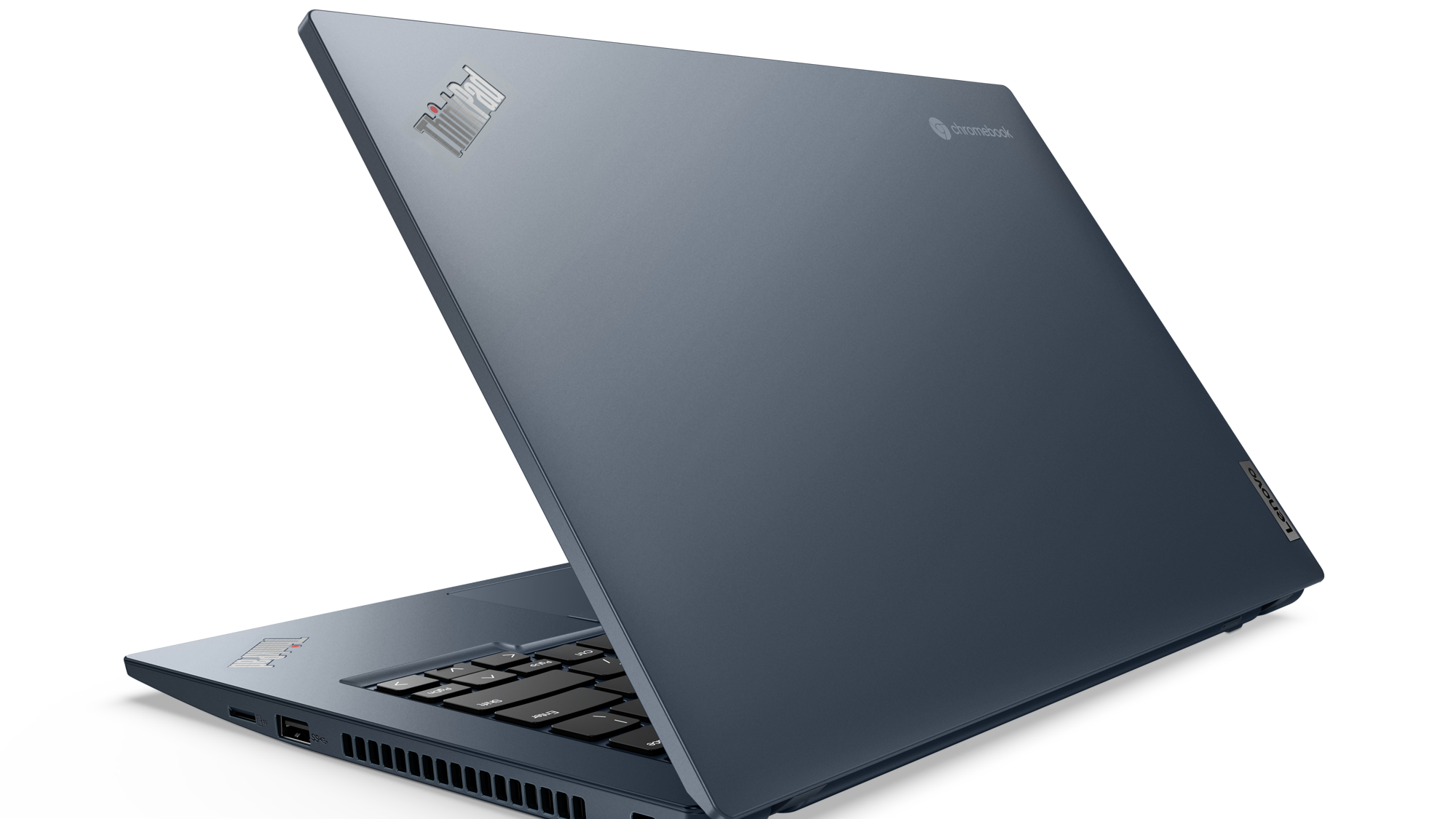 There are two screen options: a 14-inch, 1080p IPS panel that reaches 250 nits and a similar touchscreen that hits 300 nits. I wish these brightness ratings were higher at this price point, but I’ll reserve my judgment until I’ve seen these screens in person.

What I don’t need to see to know is that the C14 will be blisteringly fast for a Chromebook, especially when upgraded with a 12th Gen Intel Core i7 CPU, 16GB of RAM, and 256GB SSD. Chrome OS might not need such beefy components, but decking out this C14 will ensure whatever programs and apps you use will run without a hitch.
Lenovo ThinkPad P16
If you need raw power, say for running 3D modeling software, the ThinkPad P16 has it in spades.
Taking a page from recent ThinkPad X1 Yoga models, the ThinkPad P16 is the first in its family with a storm grey chassis, which replaces the traditional matte black on previous models. You’ll still find red accents throughout, and don’t worry, the pointing stick returns to this modernized design. Though more portable than its predecessors, this all-aluminum tank is better kept at home or in the office, as it weighs 6.5 pounds and measures 1.2 inches thick. In its defense, the P16 is fairly compact, thanks to its thin display bezels, and you get a strong assortment of ports: two USB 3.2 Type-A, two Thunderbolt 4, a USB-C, an HDMI 3.2, an SD card reader, a mic/headphone jack, and an optional smart card reader. Wi-Fi 6E, 4G LTE, and Bluetooth 5.2 are supported. The reason you’d buy the ThinkPad P16-or any workstation, really-is for the performance and upgradability. The P16 delivers, with up to a 12th Gen Intel Core i9 HX-series CPU, a chip with 16 cores and a 5.0GHz turbo clock. The CPU is paired with discrete Nvidia RTX A5500 graphics with 16GB of VRAM, up to 128GB of DDR5 RAM, and up to 8TB of M.2 PCIe Gen4 NVMe SSD.
Those specs put the ThinkPad P16 ahead of, say, a ThinkPad X1 Extreme or a Dell XPS 15 for the small segment of users who are willing, or perhaps required, to trade portability for raw power.