Microsoft Azure recently announced that its quantum computing research teams had invented “a new kind of qubit” based on elusive, never-before-demonstrated properties of physics. According to the Redmond company, this will allow it to build scalable quantum computers capable of solving the hardest problems facing humanity.
So, is this a breakthrough for the field or just an attempt to lean in to the marketing zeitgeist surrounding quantum computing?
To sort out the answer, we’ll need to take a look at Microsoft’s quantum computing department, its history, and what it’s actually trying to accomplish.
A full stack solution
How the Dutch keep their country afloat
Big data, realtime analytics, and advanced water management networks
Microsoft’s probably not the first name that comes to mind when you think about the quantum computing industry. Google had its monumental time crystals breakthrough last year, IBM was the first big tech entity to develop consumer-facing quantum computing systems and it’s currently engaged in a tit-for-tat with Google, and D-Wave, a quantum company that recently went public, has been building quantum computers for over 20 years.
In order to carve its own lane, Microsoft’s chosen to pursue a different path than all of its competitors. The “new kind of qubit” the Azure team says its developed is called a topological qubit and, as far as we know, its never been demonstrated before.
According to a company blog post:
Microsoft’s approach has been to pursue a topological qubit that has built-in protection from environmental noise, which means it should take far fewer qubits to perform useful computation and correct errors. Topological qubits should also be able to process information quickly, and one can fit more than a million on a wafer that’s smaller than the security chip on a credit card.
The team responsible for the breakthrough says topological qubits represent the fastest path to industrial-sized quantum computers.
What this tells us, is that Microsoft’s clearly eyeing the quantum computing market and envisioning itself as the global leader.
While Microsoft certainly isn’t a newcomer to the quantum computing industry, it currently only offers limited quantum services to select Azure partners. Prior to the topological qubit breakthrough, its quantum ambitions were a bit fuzzy in the crystal ball.
But, now, it’s clear that Microsoft intends to develop a full stack quantum computing solution featuring a gate-based system harnessing one million qubits. 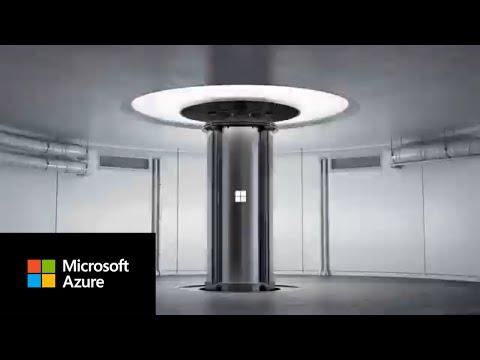 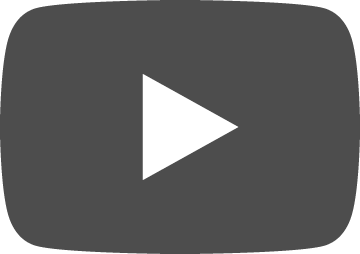 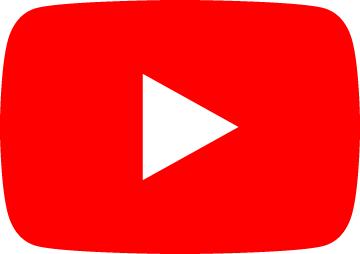 Quantum ambition
It’s impossible to determine what one million topological qubits will be capable of in Microsoft’s future quantum computers. The field is too young and just a few months ago the technology the company is using was considered hypothetical.
And the fact that Microsoft is able to go from theoretical research to publishing a blog post outlining a business path for the tech is more of a testament to the speed of business than the state of the research.
However, it’s clear that Microsoft is throwing its full weight behind the technology and there isn’t much room for prognostication when it comes to developing and scaling quantum systems. These systems require hundreds of millions in investments to build and millions to maintain and operate.
It’s a safe bet that Microsoft’s ready to take on all comers if it actually builds hardware capable of scaling one million topological qubits.
As to how long this could take, the team says it’s on “more of an engineering path” now that the fundamental technology has been demonstrated.
That tells us we’re likely within a decade of seeing Microsoft’s ambition come to fruition.
But wait there’s more
However, it’s obvious that Microsoft isn’t interested in waiting around until 2030 or beyond to get down to business. To that end, it’s planning to offer access to a 1,000 qubit processor by the end of 2023.
This, however, won’t be the topological qubit paradigm Azure just invented. Instead, the company formed a partnership with Pasqal, a company who creates hardware to run yet another kind of quantum technology called “neutral atom-based” quantum processing.

[photo2]
Credit: Pasqal
Per a Microsoft press release, Dr. Krysta Svore,Distinguished Engineer, VP Quantum Software of Microsoft, described the partnership as a way to bring quantum technologies to both companies’ clients immediately:
Azure Quantum is a unified, open cloud ecosystem for quantum innovation, empowering customers to achieve impact with a diverse selection of quantum hardware, software, and solutions.
Pasqal’s neutral atoms quantum processors are a welcome addition to that ecosystem, providing Azure Quantum users with new computational possibilities, including analog quantum computation, opening up new avenues for pursuing real-world quantum impacts.
The partnership with Pasqal shores up Microsoft’s biggest weakness in the quantum industry by giving it a mid-term solution to fill the gap between 2023 and whenever the future arrives in the form of a massively-scalable quantum computing system.
Winner takes… some
As to whether Google’s time crystals, D-Wave’s new gate-based solutions, IBM’s iterative approach, Microsoft’s new topological qubits, or a dark horse technology will ultimately prevail, that’s anyone’s guess.
But it’s unlikely we’ll end with multiple viable approaches. Eventually it’ll make more sense, financially speaking, for hardware manufacturers to get on the same page. The next ten years should set the stage for the ultimate reckoning.
However, quantum computing is not a zero sum game. Microsoft’s poised to take a dominant share of the greater market but it’s unlikely any one company will end up eclipsing the competition.
Much like the artificial intelligence market, quantum computing requires bespoke solutions on a case-by-case basis. IBM, Google, D-Wave, and Microsoft won’t be lining store shelves with all-purpose quantum computers any time soon. They’ll be vying for massive partnerships featuring lucrative, long-term contracts.
Each company will have to rely on its corporate strengths to find their unique path to potential prominence. And for Microsoft, that means connecting partners through its Azure ecosystem and nabbing high-paying government contracts.
From where we’re standing, Microsoft’s apparently caught up to the competition. That doesn’t mean it’s guaranteed a victory – there are no guarantees in theoretical physics – but it’d be silly to count out the house that Bill Gates built in any technology race.
Neural’s take: The Pasqal partnership puts it in direct competition for the top spot today and Azure’s research teams make it a favorite for the future. We’d give Microsoft the edge over Google and IBM in a marathon due to the Redmond company’s no-drama approach to landing big ticket government projects.