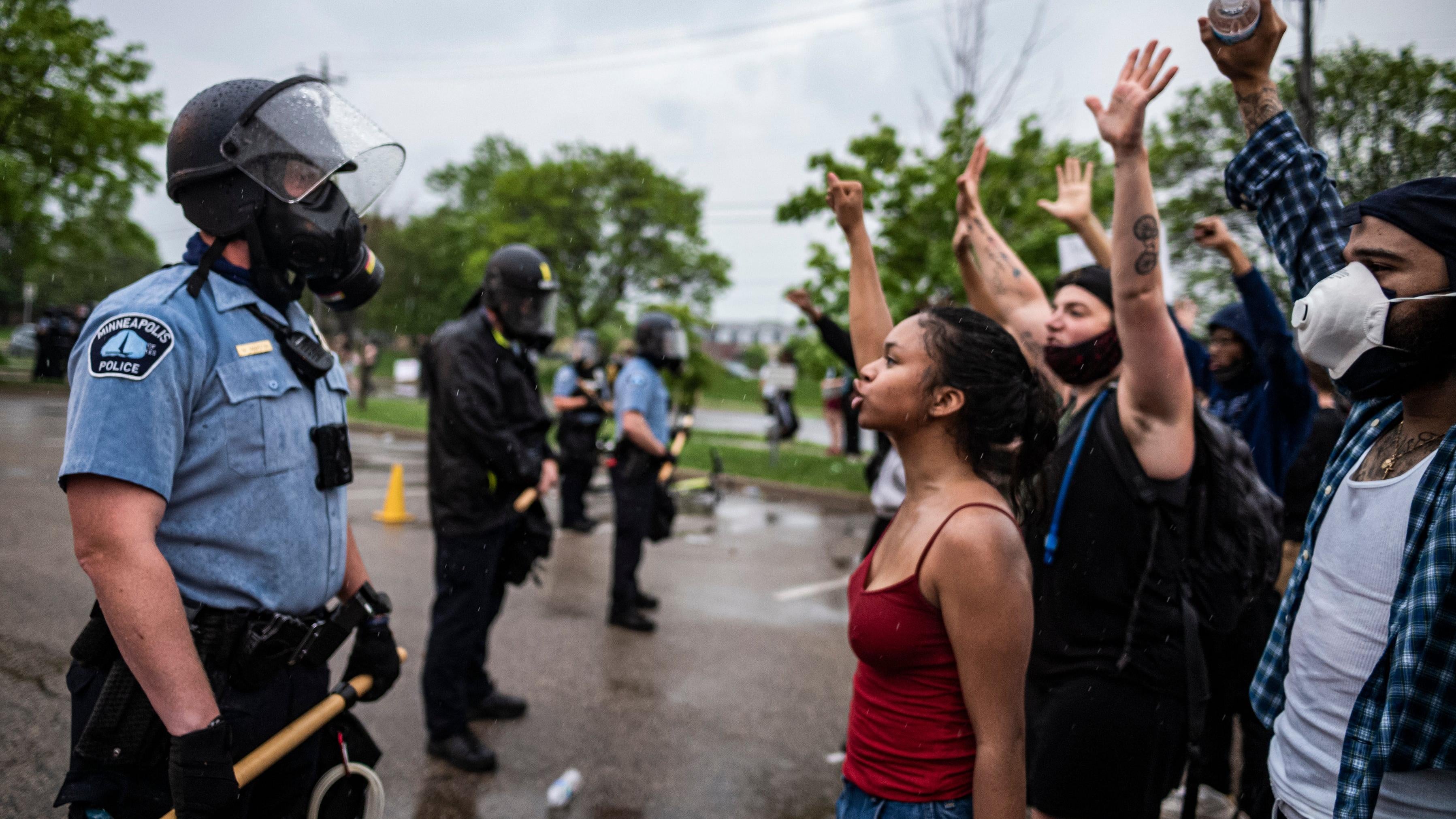 Officers of the Minneapolis Police Department (MPD) engaged in surveillance of local Black leaders and organizations “without a public safety objective,” the Minnesota Department of Human Rights (MDHR) found. The racist misuse of state authority was just one among a litany of other abuses that included “killing community members of color and Indigenous community members” at a highly disproportionate rate, according to a report released Wednesday.
The civil rights agency said it found a pattern and practice of racial discrimination at the MPD extending over a period of at least 10 years in its investigation, which itself lasted 10 months. The discriminatory tactics included the “covert use” of fake social media accounts to spy on local Black residents who were not suspects in any criminal probes.
The MDHR inquiry into the department began after the murder of George Floyd in May 2020. A jury found former Minneapolis Police Officer Derek Chauvin guilty of the murder 11 months later. Chauvin was sentenced to 22-and-a-half years in prison.
MPD officers created social media profiles in order to target activists and groups opposing racial discrimination within the MPD. The groups included the local chapters of the NAACP and Urban League. Officers used fake accounts to gain access to posts they could not otherwise read, with no official purpose, the report states.
“Specifically, MPD officers sent friend requests, commented on posts, sent private messages, and contributed to discussions. When doing so, officers posed as like-minded individuals and claimed, for example, that they met the targeted person at a prior demonstration or protest,” the findings state.
Apple AirPods 3
Level up your earbud game
Apple has added premium features previously exclusive to its more luxurious AirPods Pro, such as spatial audio and water resistance.
Officers would “further racial stereotypes associated with Black people, especially Black women,” while posing as Black people. Among the targets was a prominent Black civil rights lawyer, whose name was withheld from the report.
“Today’s MDHR report shows that although we were working with MPD for meaningful police reform, they were surveilling our organization,” Minneapolis NAACP said in a statement on Twitter. “They used taxpayer money and ‘valuable’ officer time to surveil and troll the Minneapolis NAACP when we were trying to end police misconduct.”
Additionally, officers used fake accounts to send messages “attacking” local elected officials who’d been critical of the MPD. Investigators warned one effect of this might be to “distort elected officials’ perspectives and understanding of positions taken by community members.”
The report found there was neither oversight of covert accounts within the MPD nor mechanisms to prevent such abuse.
Spokespersons for the MPD and City of Minneapolis did not immediately respond to a request for comment.
The report describes a wide range of other “racist, misogynistic, and disrespectful behaviors” that persisted throughout the time period under investigation. Body camera footage and disciplinary records showed officers “consistently” using the N-word, calling Black community members “monkeys” and women “Black bitches.” White officers called Black officers “cattle” and “nappy head.”
The officers called women “fucking c*nt,” “bitch,” and “cussy” (a portmanteau of the words “c*nt” and “pussy”). One officer stated-falsely-that “a man could not be guilty of sexually assaulting a woman if they had children together.”
Officers who were witnesses or targets of this behavior often did not report it, the report says, because accountability is not seen as existing within the MPD, and officers feared retaliation.
The report further found that the MPD generally uses “higher rates of more severe force against Black individuals.” In situations where white and Black people are stopped or detained for similar reasons, Black people are consistently more likely to be subjected to force, the report states.
A stunning majority-93%-of all MPD “officer-involved deaths” were people of color or Indigenous people, the report said, despite those demographics combined comprising only 42% of the city’s population.