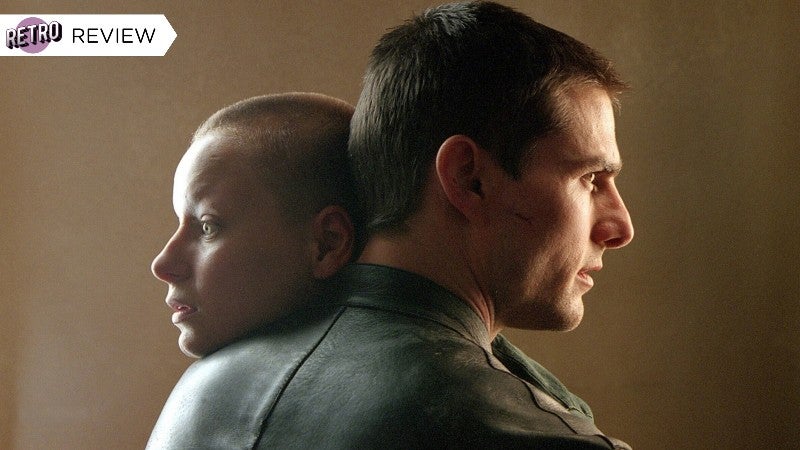 The best movie rewatches happen when you revisit a film you know you liked, but don’t really remember. That happened to me last week with Steven Spielberg‘s 2002 sci-fi film Minority Report. I saw it in theaters when it was released 20 years ago this week but have probably only seen it once since then. So I was honestly very excited to sit down and dive back into a Steven Spielberg movie I had little to no memory of… outside of memes of Tom Cruise moving video feeds with his hands and the knowledge that the film predicted much of our modern technology.
Rewatching Minority Report on its 20th anniversary, a few things instantly became clear. First, this film hasn’t aged at all. One or two shots look a little wonky effects-wise but everything else, from the visual and practical effects to the compelling story, award-worthy production design, and hugely talented cast, all feel timeless. That’s also in large part to the fact that as time moves along, concepts in the film like facial recognition, targeted advertising, self-driving cars, etc., have all become either common or much closer to reality. And yet, despite all of that, I also realized why Minority Report hasn’t really stuck with me all these years. That’s because while it’s very good, it has a few major narrative issues that hold it back from being top-tier sci-fi, or top-tier Spielberg. 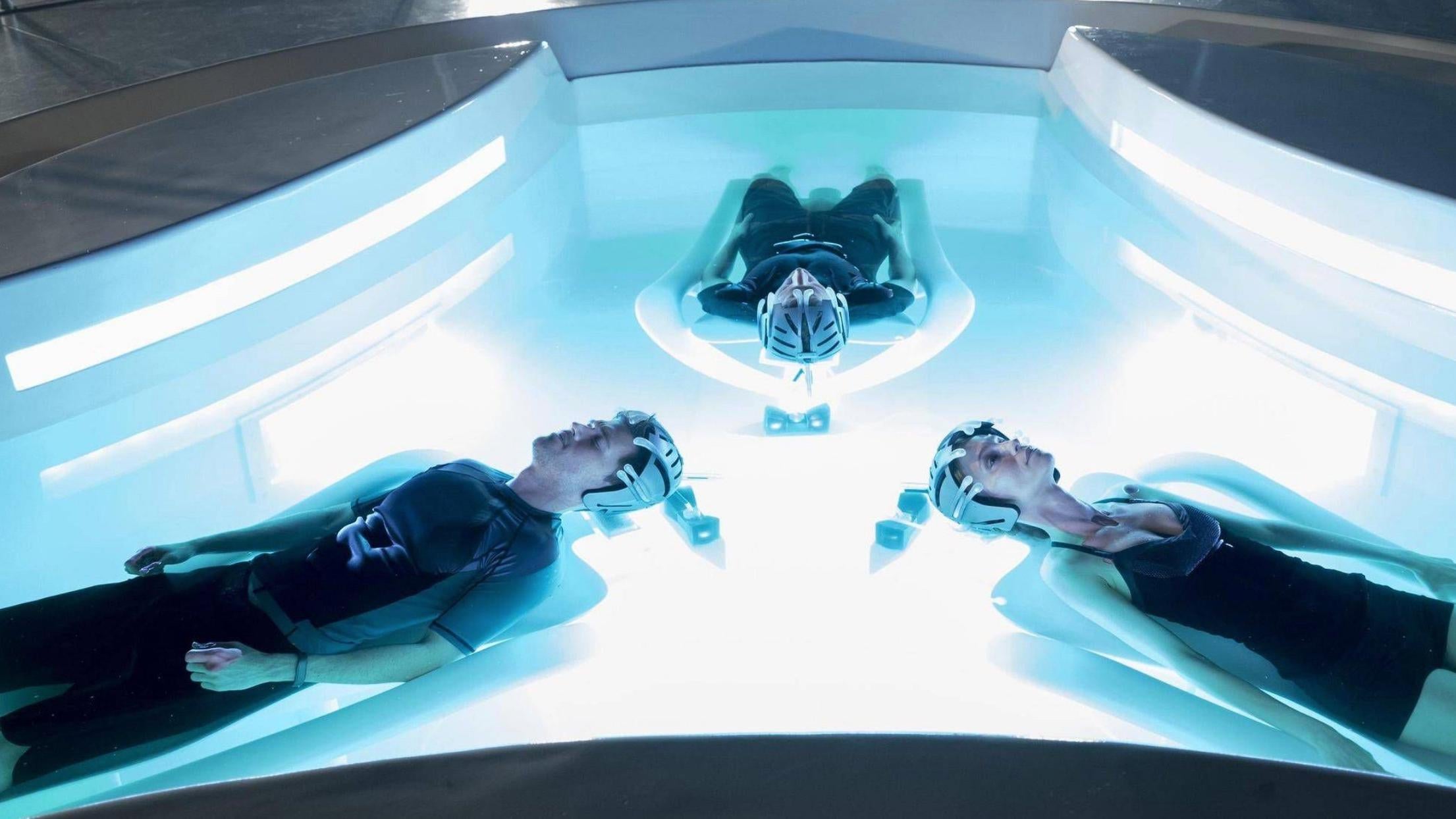 Based on a short story by Philip K. Dick, Minority Report takes place in the year 2054. Society has figured out a way to predict murders before they happen, thanks to a trio of clairvoyant individuals called Precogs (for precognition). John Anderton ( Tom Cruise) works in Precrime, a police division that interprets the Precog visions and thwarts the murders before they happen. The department has basically stopped all murder in the Washington D.C. area and the founder Lamar Burgess (Max Von Sydow) is hoping to expand the program nationally.
Then, one fateful day, the Precogs have a vision of Anderton himself committing a murder of a man he’s never seen. How could they see a vision of him committing a murder, especially of a person he doesn’t know? And so Anderton goes on the run, beginning a film noir-inspired quest to solve not just his own future crime, but its ties into the roots of Precrime itself.
Free Apple Subscriptions
Pay nothing, get 'Ted Lasso'
Best Buy is offering free subscriptions to Apple TV+, Apple Fitness+, Apple News, and Apple Music.
Oddly, the best parts of Minority Report are also some of its weakest, which seems impossible but hear me out. The story here is multilayered, with tons of twists, turns, double-crosses, and more. But in order for many of those things to make sense, the audience also has to understand the nuts and bolts of Precrime: where it came from, how it works, its moral and ethical implications, etc. That requires a handful of dense exposition scenes where characters stand in a room and explain things to each other. The topics discussed are fascinating, including the reason why the film is called “Minority Report,” but the scenes work against the film, slowing it down enough to hinder it. 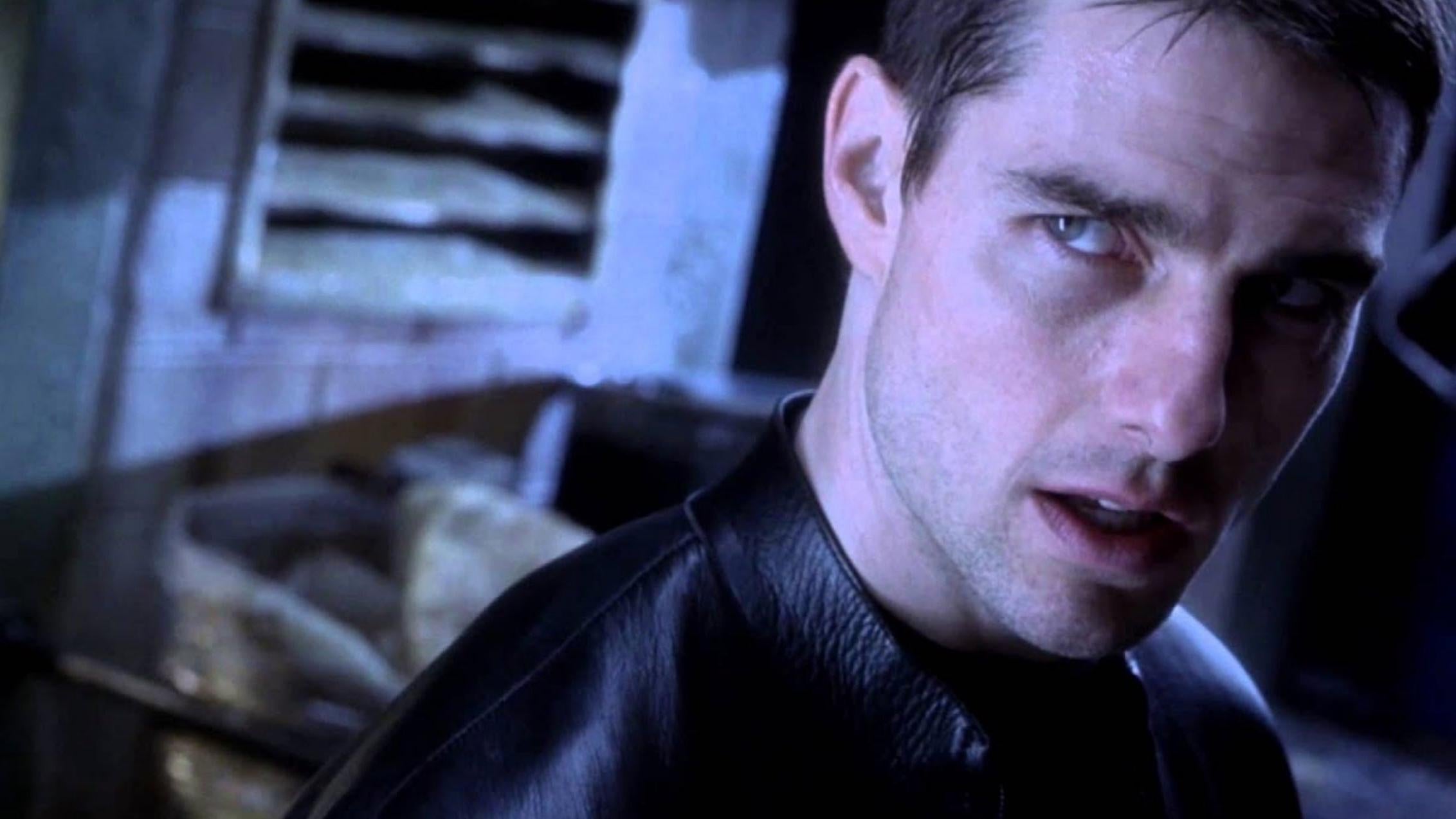 That’s partially the film’s fault because the action sequences linking everything can be rather spectacular. Cruise jumps across floating cars, dodges robots on an assembly line, flies through alleys on a jet pack-the movie is filled with a lot of super cool stuff. So when a pulse-pounding action scene concludes, and as a result, you get a long, plodding info dump, it’s very constrictive.
And yet, pacing aside, the topics discussed are ultra rewarding. The best examples are the film’s arguments about fate, some of which are implied, while others are explicitly dealt with in the text. Precrime is an idea where a person is arrested before they are going to commit a crime. So they never actually commit the crime they’re arrested for. Is that fair? Was it absolutely going to happen? Later, when Anderton knows he’s fated to commit a murder, does he still have to go through with it? And if he doesn’t, does that mean the whole system is fatally flawed? Spielberg deals with these issues a lot, especially in the film’s final act, and as prominent as they are, you also wish there was more of it. Meaning, that even those many of those scenes may hurt the film in one way, they boost it up in others. 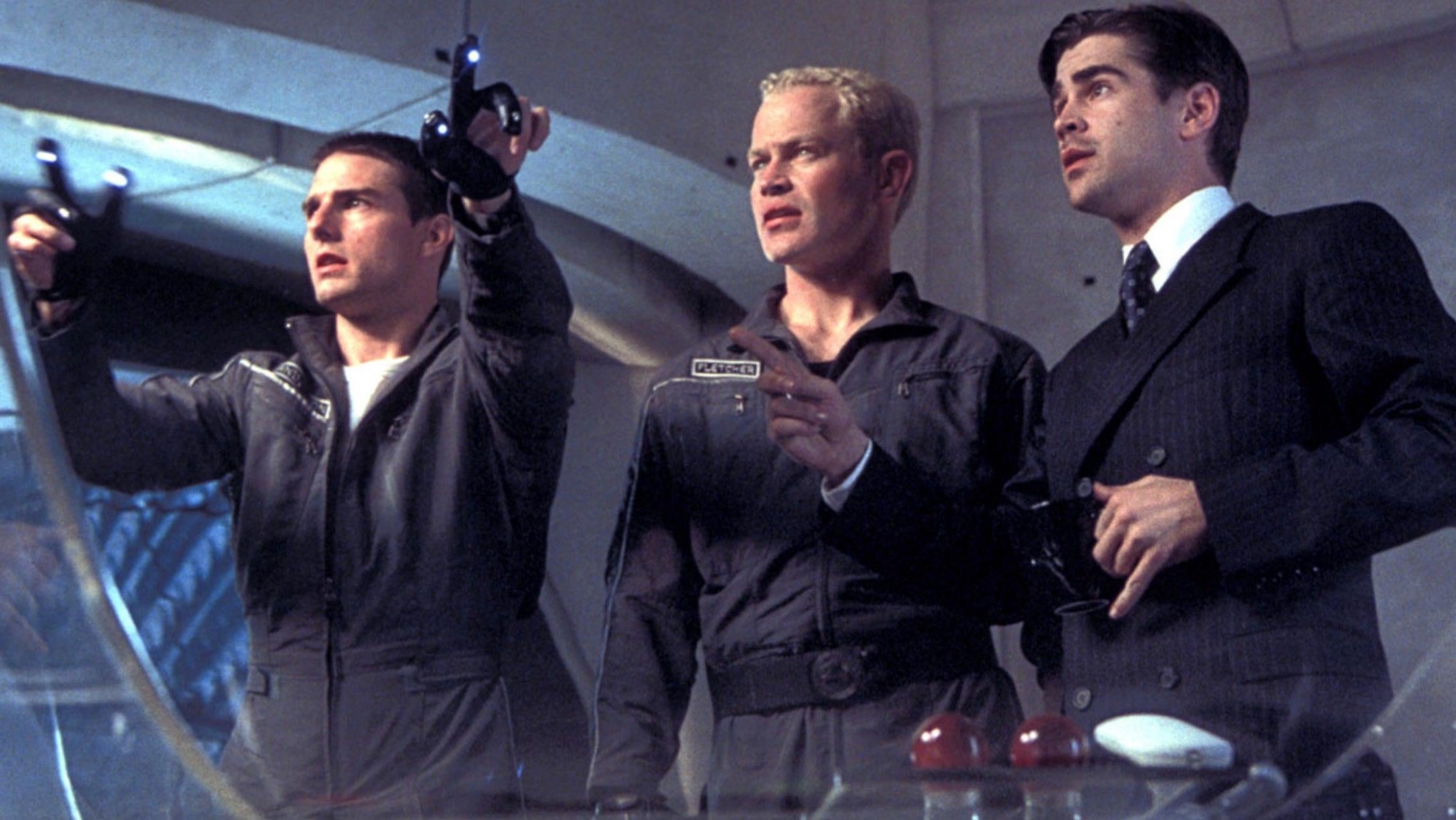 Another major issue with the film happens at its most crucial point: the ending. Minority Report is so excited to unravel all its very smart narrative reveals, it ends up tripping over itself. For example, throughout the whole movie, Anderton has been at odds with Colin Farrell’s character, another detective named Danny Witwer. Eventually, Witwer realizes that Anderton is not the villain at all and ends up solving the whole mystery on his own. In fact, he describes it to another character in one of those aforementioned exposition-heavy scenes. A few scenes later, Anderton himself does the exact same thing… to the exact same character Witwer did it too. The shocking revelations just aren’t as shocking when you hear them twice in 10 minutes. Not to mention, near the end of the film Anderton gets captured, only to be broken out mere seconds later by a character that’s barely been in the movie-his ex-wife, played by Kathryn Morris. These are just a few more examples of the ways Minority Report holds itself back.

Despite some problems with the storytelling, though, Minority Report is a super solid film. The visual effects and production designs are so magical, you want to spend extra time exploring this world, obsessing over all of the cool technology that was created to be placed on a shelf in the background. The supporting cast too, which includes not just Van Sydow and Farrell, but Samantha Morton, Tim Blake Nelson, and Peter Stormare, feels like a sampling of the coolest actors from the past, present, and future. And, of course, Cruise makes for a formidable, compelling lead.
Simply put, Minority Report is awesome. Is it perfect? Hell no. But 20 years after its release it can still take you on an adventure that enriches the mind as well as the senses. And while I’m no precog, I think the same will be said 30, 40, 50 years down the road too. Minority Report is currently not available to stream anywhere for free, but it is available to rent and purchase in all the usual spots.
Want more io9 news? Check out when to expect the latest Marvel and Star Wars releases, what’s next for the DC Universe on film and TV, and everything you need to know about House of the Dragon and Lord of the Rings: The Rings of Power.