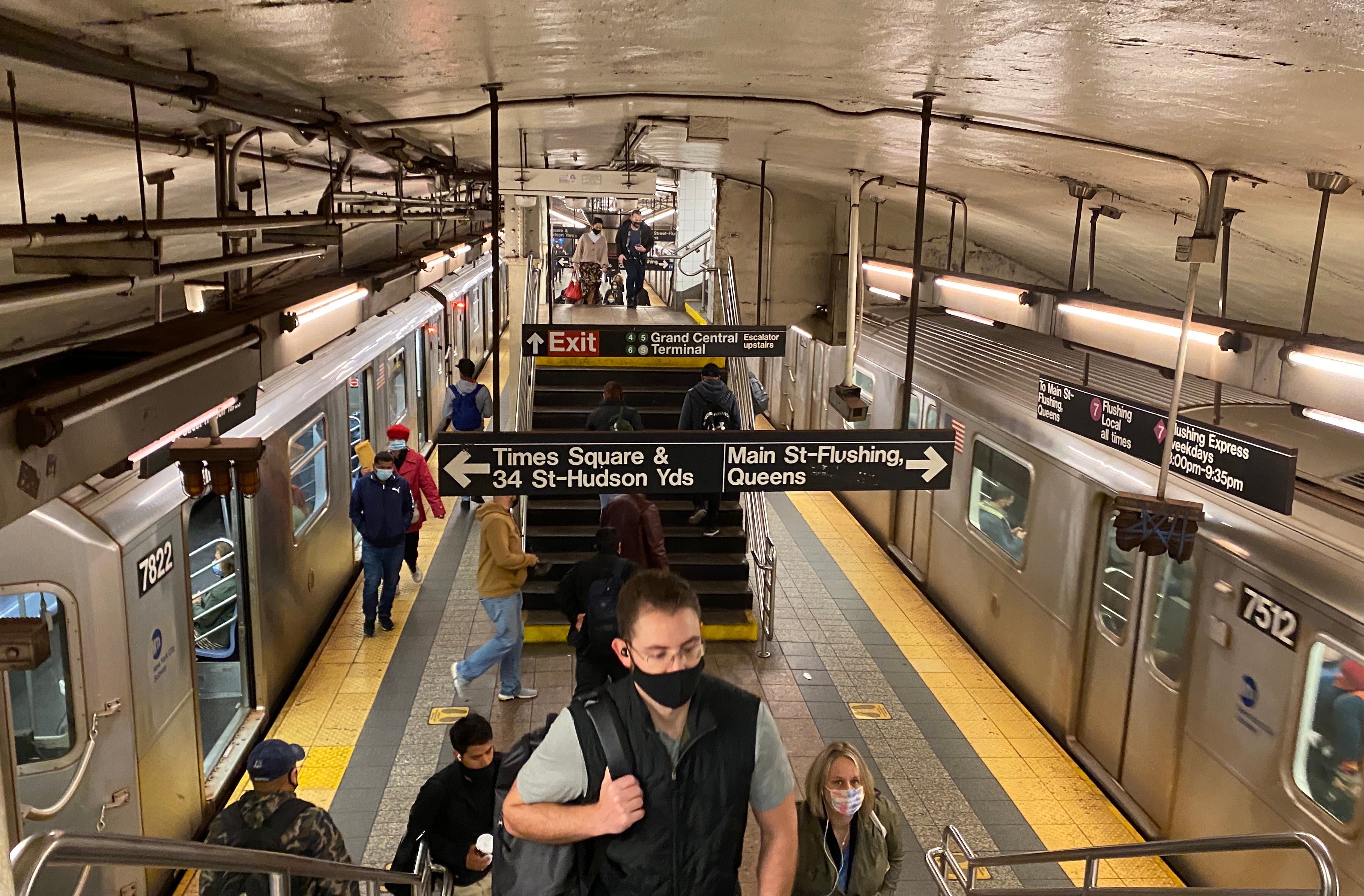 New York City Mayor Eric Adams may well believe that all those who aren’t as big as he is on surveillance tech don’t have nearly as much “swagger” as he does, but he’s pushing for what could potentially be the widest adoption of a gun surveillance system of any city in the world.

After a mass shooting event in a Brooklyn subway station on April 12 led to 23 people injured (miraculously, no one was killed) ears are perking up when he says he would want to see gun surveillance tech installed in hundreds of city subway stations.
On Wednesday, Adams told radio station WNYC that his office has been looking at technologies that don’t require people to empty their pockets, “you just walk normally through the system. It is not even detectable that the devices are there. We think there’s some great promise in this technology.” He added that the city is “looking to do a few pilot projects to see the full use of it.”
The mayor has already been a known proponent of facial recognition tech among other surveillance systems. Other cities like San Francisco have outright banned the technology, and studies have shown that similar policing systems can be unreliable and more than a little problematic, especially in regard to race.
New York City’s subway system is one of the world’s largest subway systems, with 248 miles of connected track and 472 individual stations, making any system-wide conversions a daunting task. Not to mention that the mayor’s office does not control what goes into subway stations-that’s an aspect of the MTA which is overseen by the Governor of New York.
Looking good
Capable of 1080p HD video at 30 fps, comes with dual mics to help capture your voice properly, and has special software to make it easy to adjust.
It’s not like the MTA is known for things working properly. Many have criticized the organization over a crucial security camera that was reportedly down during the Tuesday attack. MTA Chair Janno Lieber on Morning Joe on Wednesday tried to dodge complaints about the busted camera, saying there are 600 cameras on that line that have noted where the alleged shooter came into the station. But MTA officials have repeatedly avoided giving more details to the press about the state of the surveillance system.
Lieber also said that they were looking at technology that wouldn’t be invasive, adding, “what we’re not going to do is create an environment where people can’t go about their business and create something that’s impractical. This is our public square. This is the sacred public space in New York…it’s what makes New York possible.”
The mayor has not gone into specifics of whether they would have to install this technology in every single station, but noting that the alleged assailant entered the subway at Kings Highway Station in Brooklyn before opening fire five miles down from the 36th Street station, it means that every single station would need to include this technology for it to have its intended effect. Subway ridership was slightly down in the aftermath of the subway shooting, as many used other transportation methods to get around out of concern for their safety.
Last month, Adams also mentioned that he wants to bring gun sensing technology into city schools as well.
The ACLU has already criticized Adam for this and other parts of his promise to end gun violence. In a statement, the non-profit’s senior policy counsel Michael Sisitzky referred to Adam’s policies as a return to the notorious ‘broken windows’ and stop and frisk policies of the late ’90s and early 2000s.
“The Mayor’s plan is filled to the brim with fear-based misunderstandings of what keeps communities safe,” Sisitzky said.
What is this proposed gun detection tech?
The systems the self-proclaimed Mayor of Swagger is talking about have already shown up in New York. The city has piloted this tech in city-operated hospitals and other locations such as the Museum of Natural History, Lincoln Center, and the Met. The tech from Evolv Systems claims it uses artificial intelligence alongside modern sensor technology to detect weapons on people without them needing to stop their stride.
An earlier version of these systems was tried out in Los Angeles in 2017, where it reportedly malfunctioned during a demo before people even had the chance to use them.
Representatives of Evolv have not yet returned a request for comment by press time.
During his most recent media blitz, the NYC mayor has not specifically referred to Evolv, but in talking to WNYC he said they are not yet at the phase for “full implementation” but his office is “excited about what we witnessed thus far.”