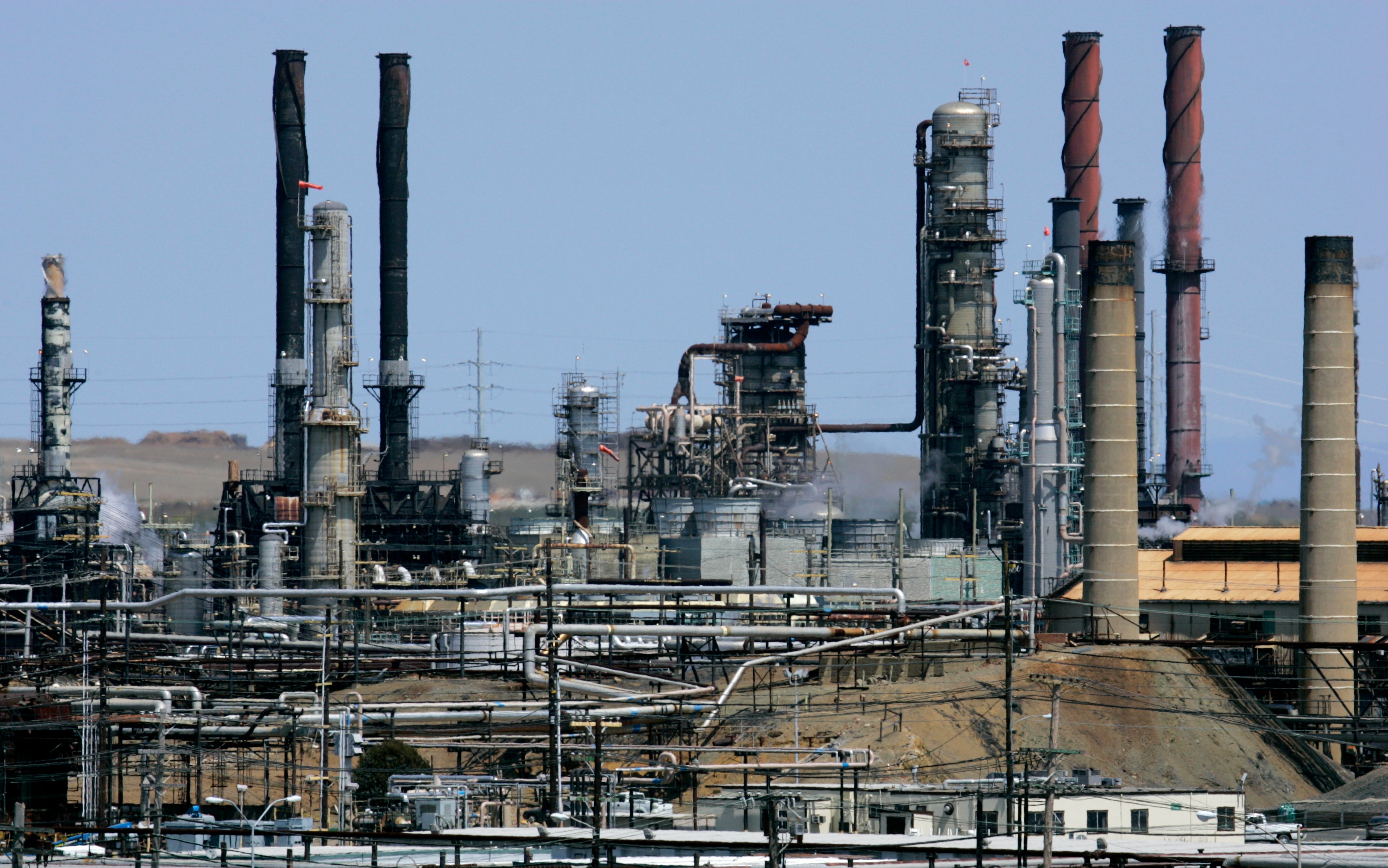 Everybody’s favorite mass polluters, and the two largest U.S. petroleum companies, are having a banner year so far.

Today, ExxonMobil and Chevron released their earnings summaries for the first three months of 2022. And, surprise, while people in the U.S. were paying some of the highest-ever average prices at the pump, the oil giants were absolutely raking it in.
Exxon reported earnings of $5.48 billion between the start of January and end of March, more than double the $2.73 billion it earned in the same period last year. And this was after the company incurred a $3.4 billion “after-tax charge” (i.e. loss) from discontinuing its operations in Russia.
Chevron did even better, reporting total earnings of $6.26 billion in the first quarter of 2022, compared with $1.38 billion for 2021's first quarter. That’s more than a 4.5-times increase, and the company’s most profitable quarter in almost a decade, since it reported $7.2 billion in net income at the end of 2012. “Human energy” indeed.
Neither company increased its overall production in the first part of 2022. Exxon’s production was down 4% from last quarter, and Chevron produced 40,000 fewer barrels of oil per day between this quarter and last. Instead, the petroleum corporations seem to be simply reaping the benefits of high barrel prices. (Note: Although Chevron produced less overall, the company’s domestic oil production did go up by 10%, and it is looking to further increase the amount of oil it pumps from the Permian Basin in Texas and New Mexico to 1 million barrels per day.)
Apple AirPods 3
Level up your earbud game
Apple has added premium features previously exclusive to its more luxurious AirPods Pro, such as spatial audio and water resistance.
As a reminder, the currently high gas prices are not due to any production issues. Oil companies spent the 2010s actually overproducing, and they suffered financially for it. Fossil fuels stayed cheap, and we stayed reliant on them. Exxon and Chevron might try to argue they’re earning these new profits because they’ve swooped into save the day amid global conflict or that the Biden Administration is to blame for high gas prices because they’ve restricted the industry. Yet, neither is true.
Now, gas probably should be expensive, considering the real cost of burning it in our engines is environmental collapse. But until the U.S. makes good on its promises to meaningfully improve and expand public transit, most Americans rely on cars to get around, and high gas prices hurt the already financially vulnerable the most. So, the question becomes: Should the companies most responsible for the “atlas of human suffering,” as UN secretary general Ant’onio Guterres called a recent IPCC report, be the ones profiting?
Chevron, of course, helped put an environmental lawyer in prison and last year spilled 600 gallons of oil from a refinery in Richmond, California that was already one of the state’s biggest polluters. Which is nothing compared to the massive Exxon Valdez spill that is still causing reverberations of harm for both people and the environment more than 30 years later. Exxon helped pay for Russia’s invasion of Ukraine, and, instead of investing its significant 2022 profits into its own “low carbon” goals, it is instead opting to buy back stock and reward its shareholders.
I could keep listing things to consider in context with these new earnings reports, but if I list too many, I might lose my shot to eventually work in the Chevron newsroom.