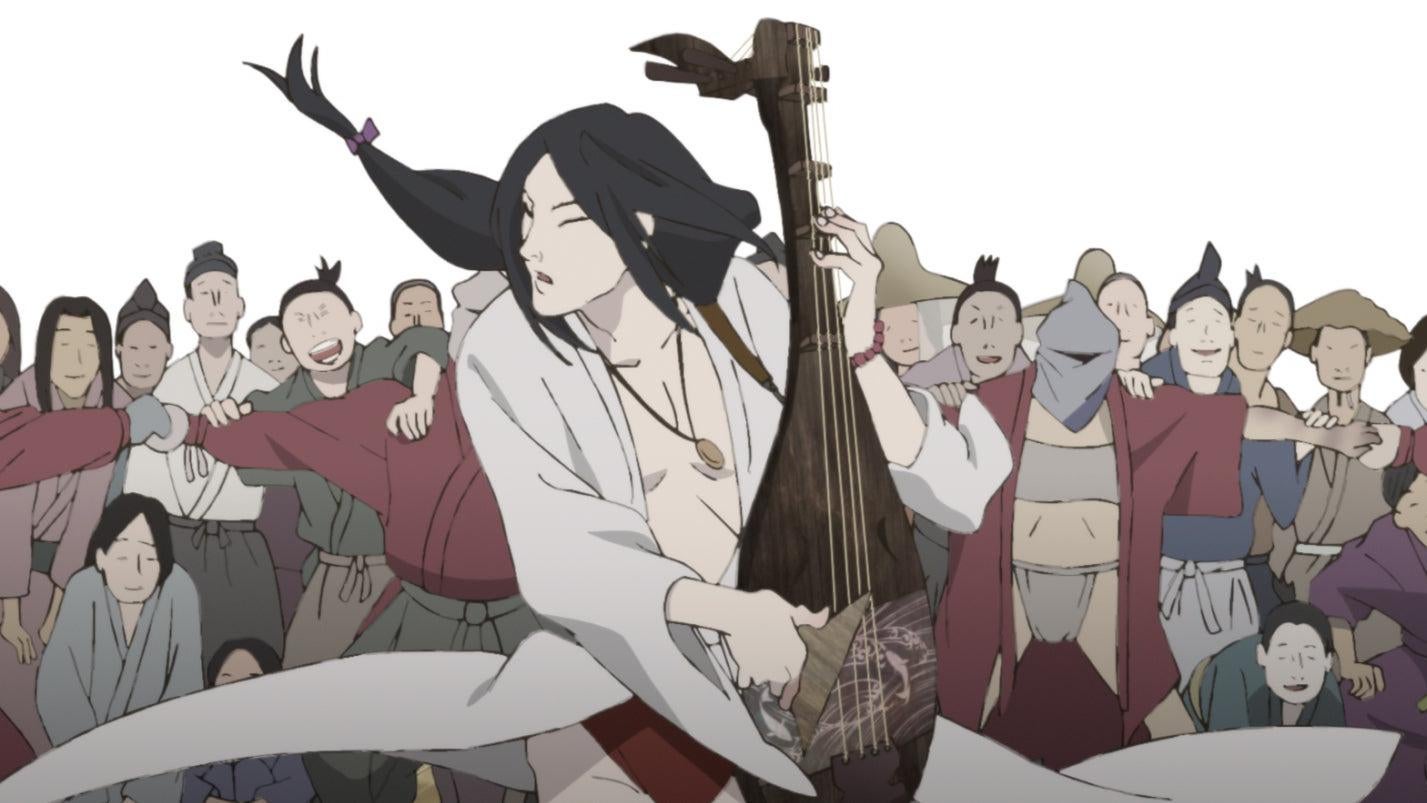 Inu-Oh, from acclaimed director Masaaki Yuasa (Ride Your Wave, Keep Your Hands Off Of Eizokuen!), has gotten a new trailer in anticipation of its showing at the Annecy International Film Festival. With an exciting soundtrack and incredibly vibrant visuals, the trailer feels totally unique while still retaining the texture of Yuasa’s previous work.
The film follows the legendary 14th-century Noh performer Inu-oh as he travels from town to town, relegated to the margins of society because of an ancient curse. When he eventually meets up with the blind biwa player, Tomona, who is haunted by his past, the two rise from hardship to stardom with their creative and revolutionary artistry. Described in the press release as a “revisionist rock opera,” the singers Avu-chan (Queen Bee) and Mirai Moriyama lend their voices to the musical.
Inu-Oh features character creation from manga artist Taiyo Matsumoto (Tekkonkinkreet), and it was animated by Japanese production company Science Saru Inc., in collaboration with Asmik Ace, Inc. It was released in Japan on May 28, but stateside-thanks to GKIDS-it will have a limited, staggered release starting August 12.
Want more io9 news? Check out when to expect the latest Marvel and Star Wars releases, what’s next for the DC Universe on film and TV, and everything you need to know about House of the Dragon and Lord of the Rings: The Rings of Power.