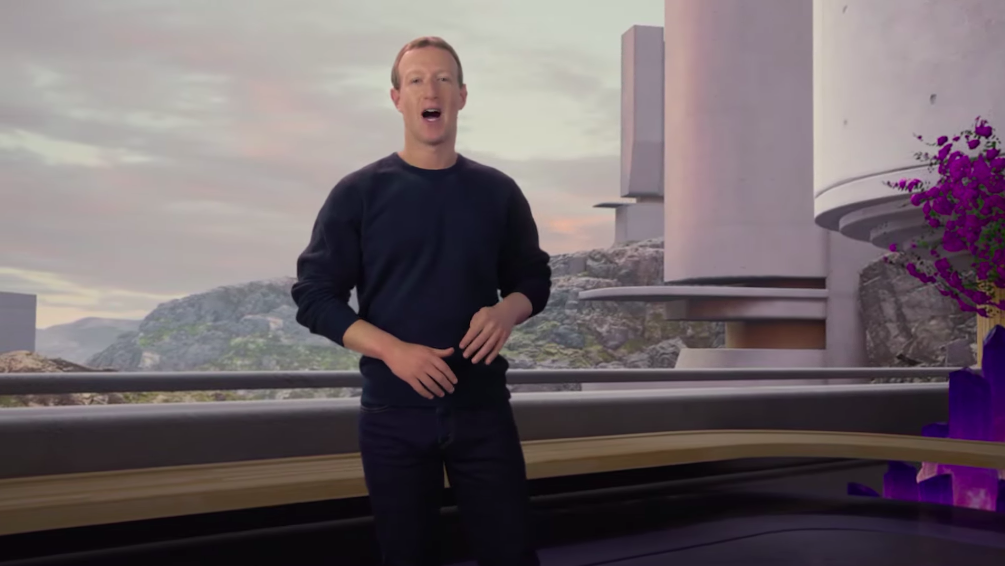 The few psychos eagerly awaiting Meta’s grand metaverse vision may have to wait up to a decade longer, the company said during an event Wednesday. In the meantime, Meta’s hoping a fresh catalog of improved VR games can function as a type of gateway drug to get users accustomed to their days jacked into a VR headset.

Speaking on Wednesday during Meta’s Quest Gaming Showcase, a Meta presenter admitted that both hardware and software components of the metaverse need more work. According to the presenter, it may take five to ten more years to fully realize the vision the metaverse CEO Mark Zuckerberg and others awkwardly outlined last year.
“Gaming is how a lot of people are going to step into it [the metaverse] for the first time,” the presenter said. “Games have pioneered many of the principles that ground our vision. Virtual, three dimensional spaces that enable people to connect in entirely new ways. We think the metaverse will build on this foundation to become the next generation of the internet and the next evolution of social technology.”
Around a dozen of those games were on display during Wednesday’s event, running the gamut from your typical shoote, to narrative based action adventures to even world building architecture simulators. All of the titles shown during the event are scheduled to release within the next year.
Apple AirPods 3
Level up your earbud game
Apple has added premium features previously exclusive to its more luxurious AirPods Pro, such as spatial audio and water resistance.
Ghostbusters VR
Meta waited until the very end of the presentation to reveal its VR adaptation of Ghostbusters. Though there’s been no shortage of Ghostbusters inspired games since the first film’s 1984 release, this marks the first stab at bringing the franchise to VR. The trailer shows first person characters tracking and blasting ghosts in San Francisco. Meta says players can choose to relieve the 80s alone or teamed up alongside three other players. The Ghostbusters VR game was apparently one of Zuckerberg’s favorite entries showcased during the event.
The Walking Dead: Saints & Sinners-Chapter 2: Retribution 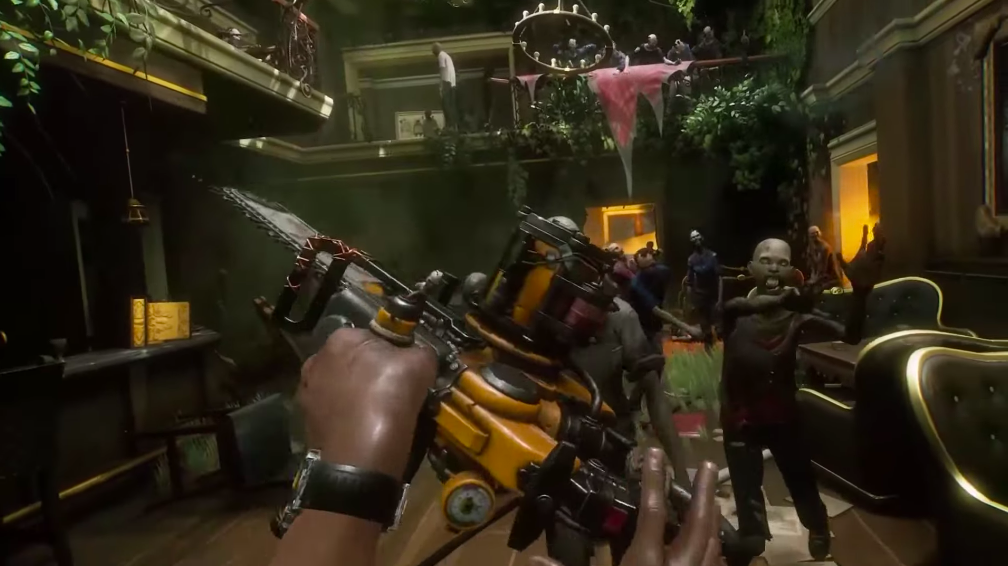 The Walking Dead television show, which is approaching its 11th season, really started sucking around a decade ago, but that hasn’t stopped game companies from cashing in on its powerful IP. At the beginning of the Meta showed off some gruesome gameplay from The Walking Dead: Saints & Sinners-Chapter 2, a sequel to the brand’s first VR adaption released back in 2020. Following a brief cinematic intro, the trailer showcased what appeared to be a characters shooting their way through zombie infected rooms, hacking away with a machete, and of course, eventually whipping out a chainsaw. Though the 2020 game appeared on multiple platforms including Playstation VR, it’s unclear how many platforms will support this installment.
NFL PRO ERA 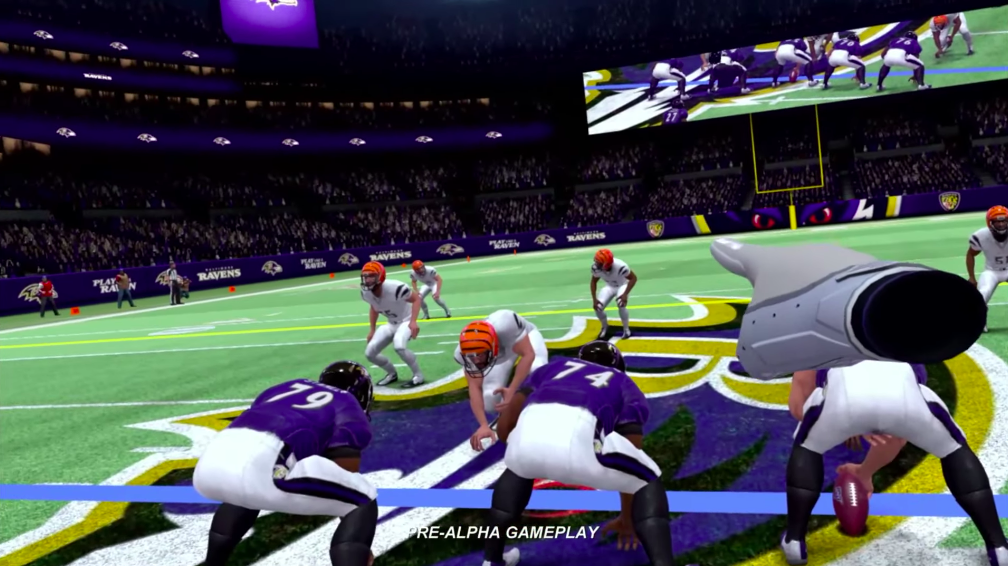 Developed by StatusPRO, NFL PRO ERA attempts to offer a solution for football fans who want to enjoy the physical sensation of throwing a pigskin without the brain damage or exposure to sunlight. The game is the first officially licensed NFL VR game which means players can pretend to throw balls and get body slammed by some of their favorite real life heroes. The game is expected to launch on the Quest and Playstation this fall. 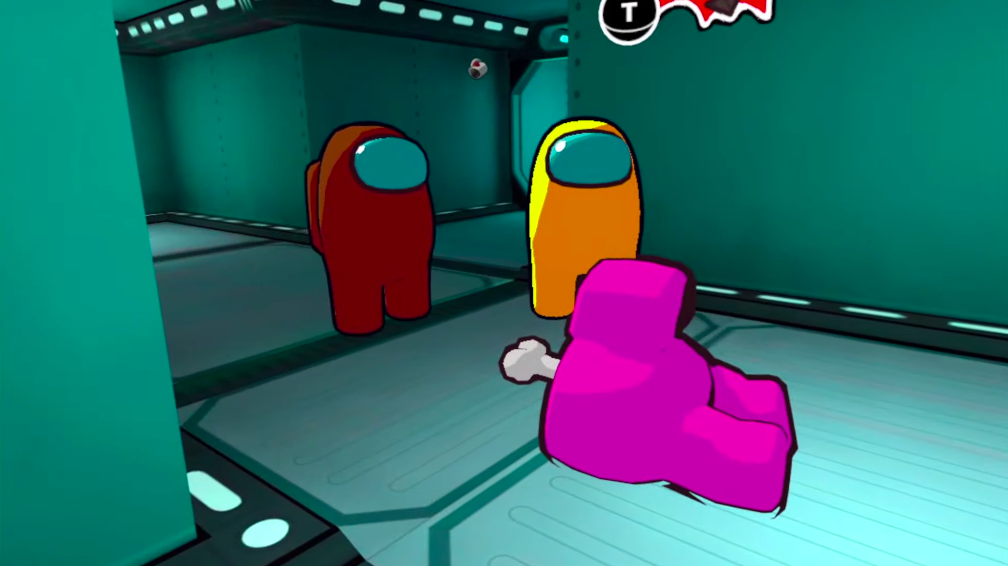 The pandemic-era phenomena played by Alexandria Ocasio Cortez and rapper Logic, among others, is scheduled to come to VR this year. The video shows players controlling the colorful crewmates from a first person perspective, navigating around a building and even stumbling upon the dismembered remains of another character. According to publisher Inner Sloth’s website, Among US VR will launch on the Meta Quest store and Steam VR. 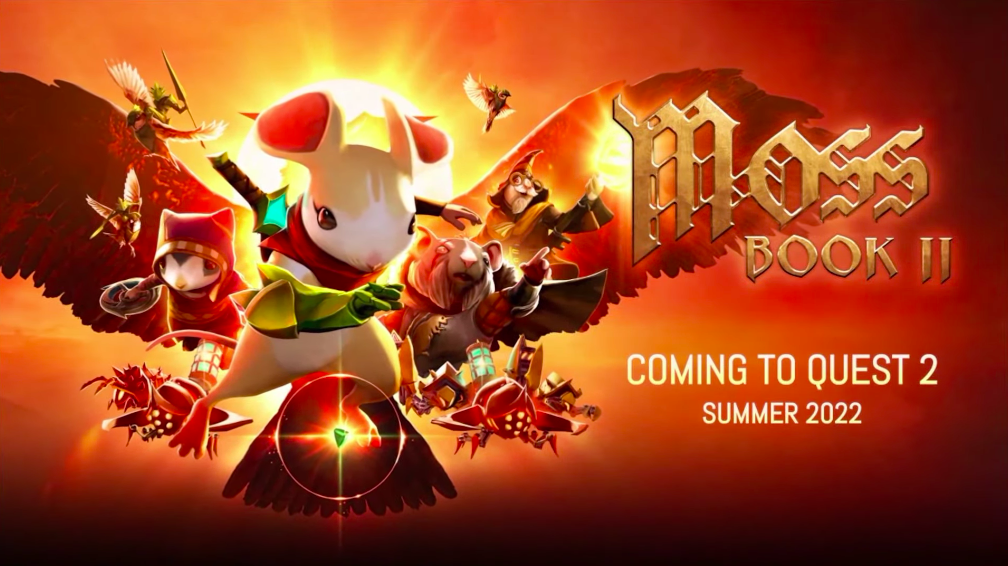 Moss: Book II is the second installment of the well received series first launched back in 2018 by developer Polyarc. Players navigate a world via a small, undeniably cute bandana-wearing white mouse called Quill. The game’s protagonist actually made an appearance during the event presentation, appearing on a digital space alongside the human presenter. In the gameplay footage, Quill dashes through obstacles and dodges an assortment of angry creatures’ attacks. 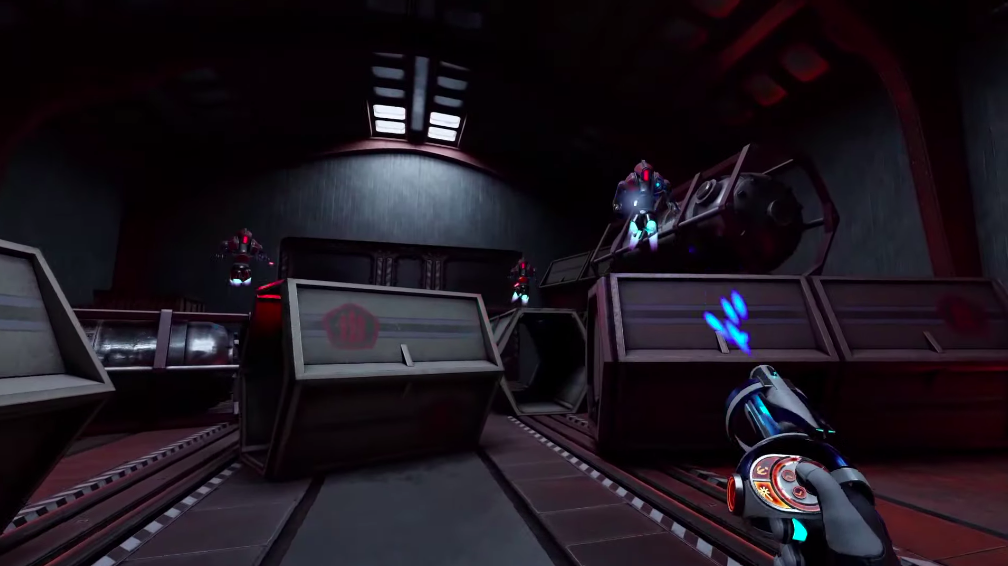 Continuing on with the theme of sequels, Red Matter II follows a space-faring adventurer venturing throughout the solar system. The trailer shown during the event showcases the eeriness of a lifeless space station setting filled with robots. Visually, the game looks impressive, with Meta claiming it features “some of the most stunning visuals seen on Quest 2 to-date.” 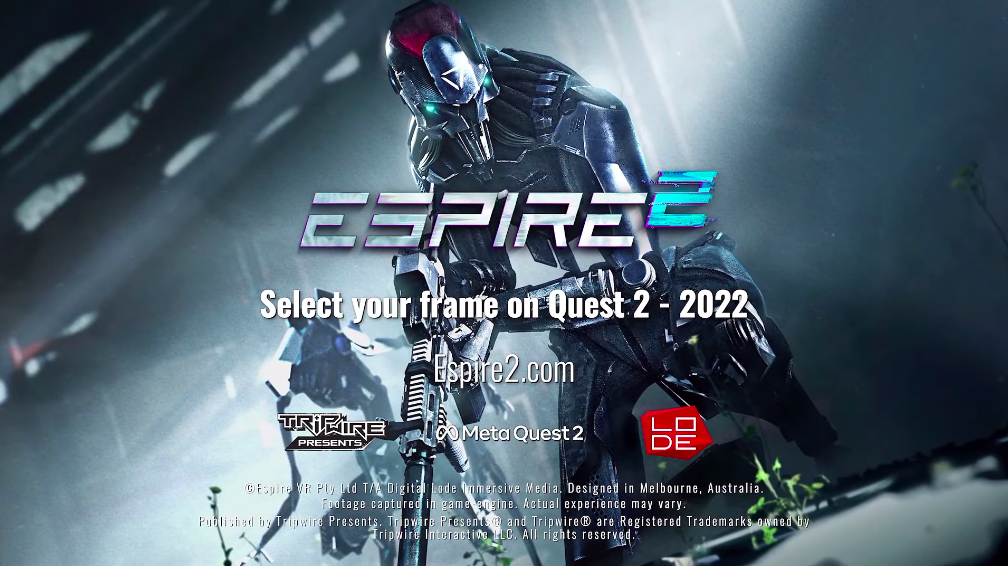 Espire 2, a fast-paced first person shoot em up, appears to take place in a beleaguered society overrun by technology, an irony apparently not picked up by Meta “The year is 2036, automation has ruined the lives of millions,” a narrator in Espire 2’s trailer says. The sequel, release by publisher Tripwire Presents and Digital Lode, builds off of 2019 Espire 1: VR Operative. The trailer shows players lighting up baddies, crawling through vents, and using voice commands to force enemies to surrender. 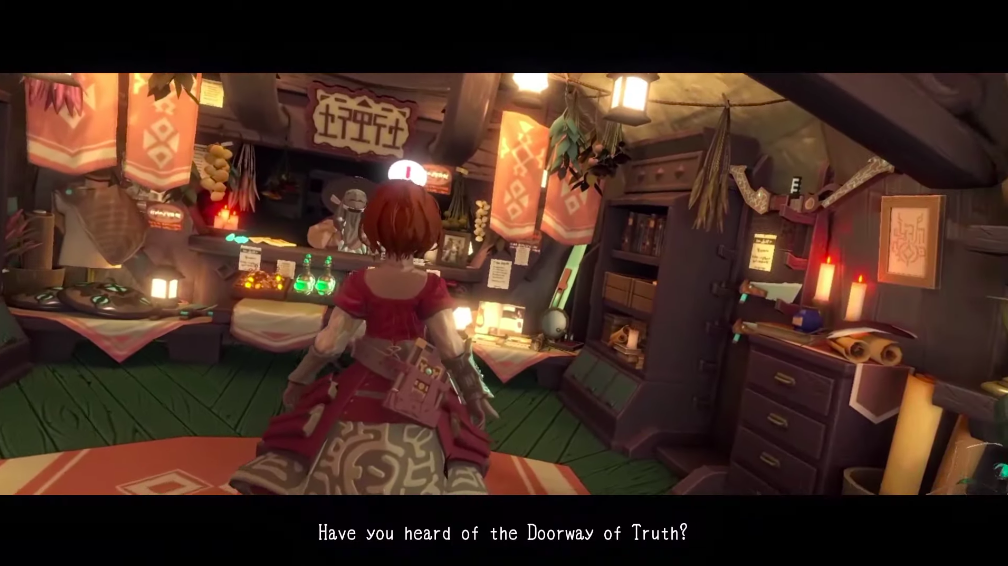 Artistically, RUINSMAGUS stood out as one of the most compelling games on display during Meta’s despite taking clear “inspiration” from Breath of the Wild’s hand drawn aesthetic and orchestral music. Created by Koyoto based developer CharacterBank, RUINSMAGUS sees characters cast spells and and trek their way through a subterranean fantasy world filled with labyrinths and hidden mysteries. 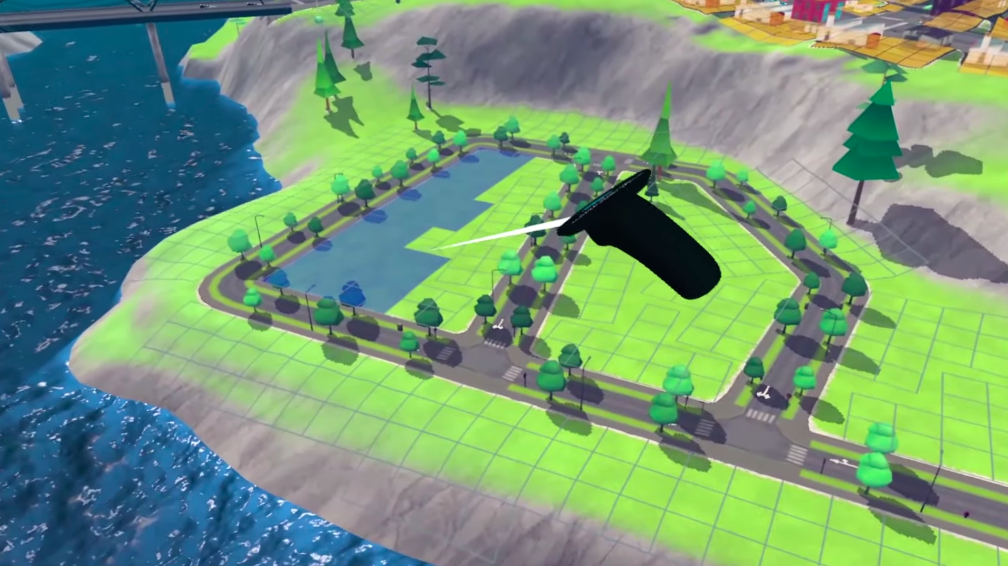 SimCity nerds will soon get to relive aspects of their worlds in virtual reality. The Cities: VR trailer shows an aspiring VR architect using a controller to build out bridges, buildings, and trees in a fictional world. Once built, players get to relax and wander through a simulation of their VR city. Players can became the mayor of their own city, but really, the experience seems akin to playing out a fantasy as a VR god. Zuckerberg would be proud. 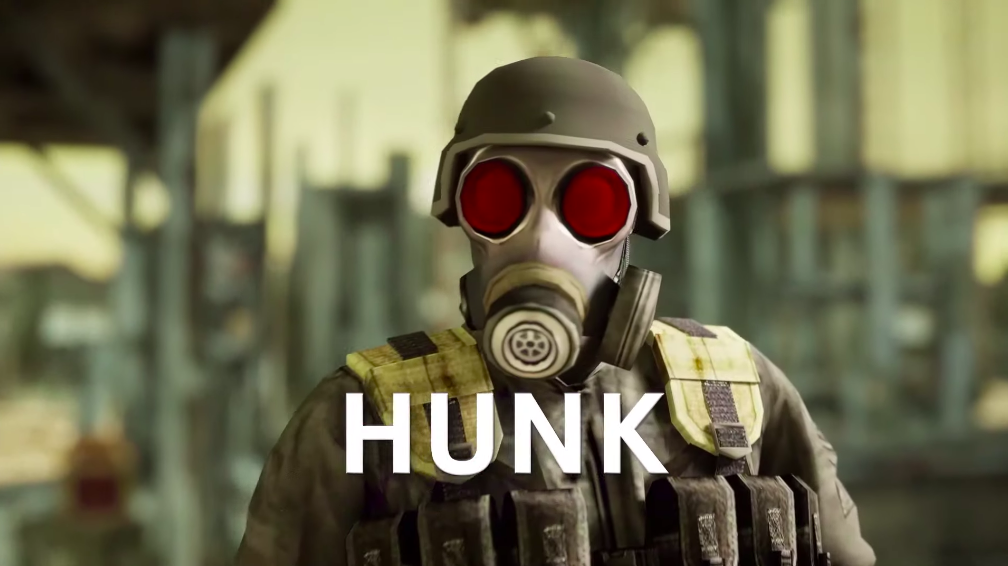 Resident Evil 4 VR, released back in 2021 by developer Armature, was the Quest’s fastest selling game ever released. The Mercenaries expansion builds off of that and provides users with new content based on a game previously released on traditional video game consoles. Unlike other games on this list, Mercenaries come as a free update for users who already own Resident Evil 4 VR.

Beat Saber
[photo11]
Beat Saber’ catalog of songs will grow a bit bigger this year with the release of a new Electronic Mixtape expansion, featuring fast paced tunes from deadmau5, Marshmello, Pendulum, and others. Developer Beat Games isn’t recreating the wheel here. Expected frantic slashing to the tune of a blaring soundtrack.

Bonelab
[photo12]
Bonelab was one of the creeper titles on display at the event. In the trailer, a character navigates their way through what looks like a skull filled tomb, walking, climbing, and at some points falling as they try to escape an execution. Bonelab is the fourth release from developer Stress Level Zero who previously worked on another highly immersive VR game called BONEWORKS.