Varun Dhawan gets into action in Kanpur

Varun Dhawan gets into action in Kanpur – Times of India

The shooting of director Nitesh Tiwari’s film Bawaal began on Thursday in Kanpur. The Dangal fame filmmaker, along with actor Varun Dhawan, filmed scenes at the crowded Anand Bagh area of the city. The shoot started early at 6 in the morning. After shooting for a bike ride scene in the morning Varun left the location because of excessive heat. Later, the actor resumed shooting in the evening where the same scene was shot again. Despite the heat, fans of the actor stood at the shoot location the whole day to catch a glimpse of Varun. He also responded to his fans with a wave and a sign of thumbs up. Dressed in a blue shirt, paired with a black pair of pants, Varun looked dapper in the shot. Janhvi Kapoor did not join the shoot on day one which left the crowd a bit disappointed. 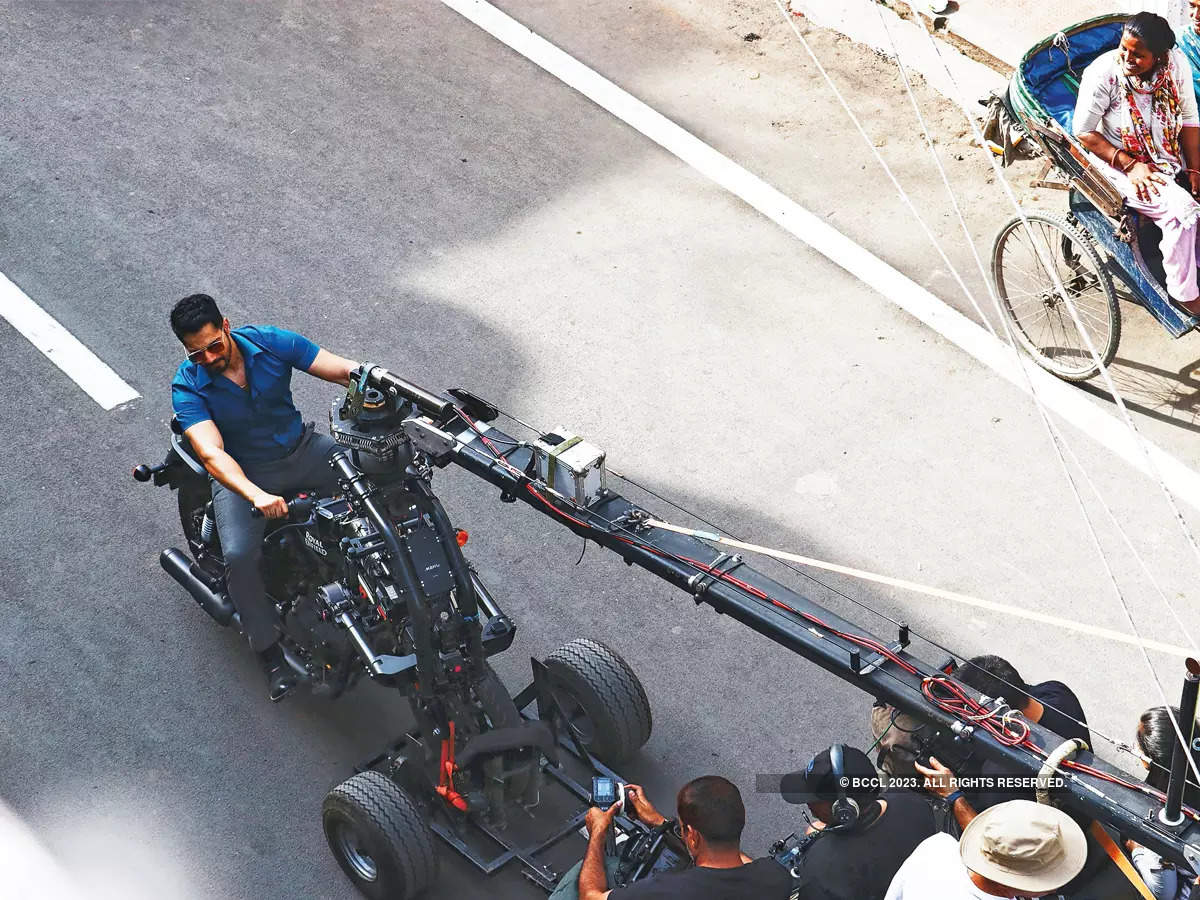 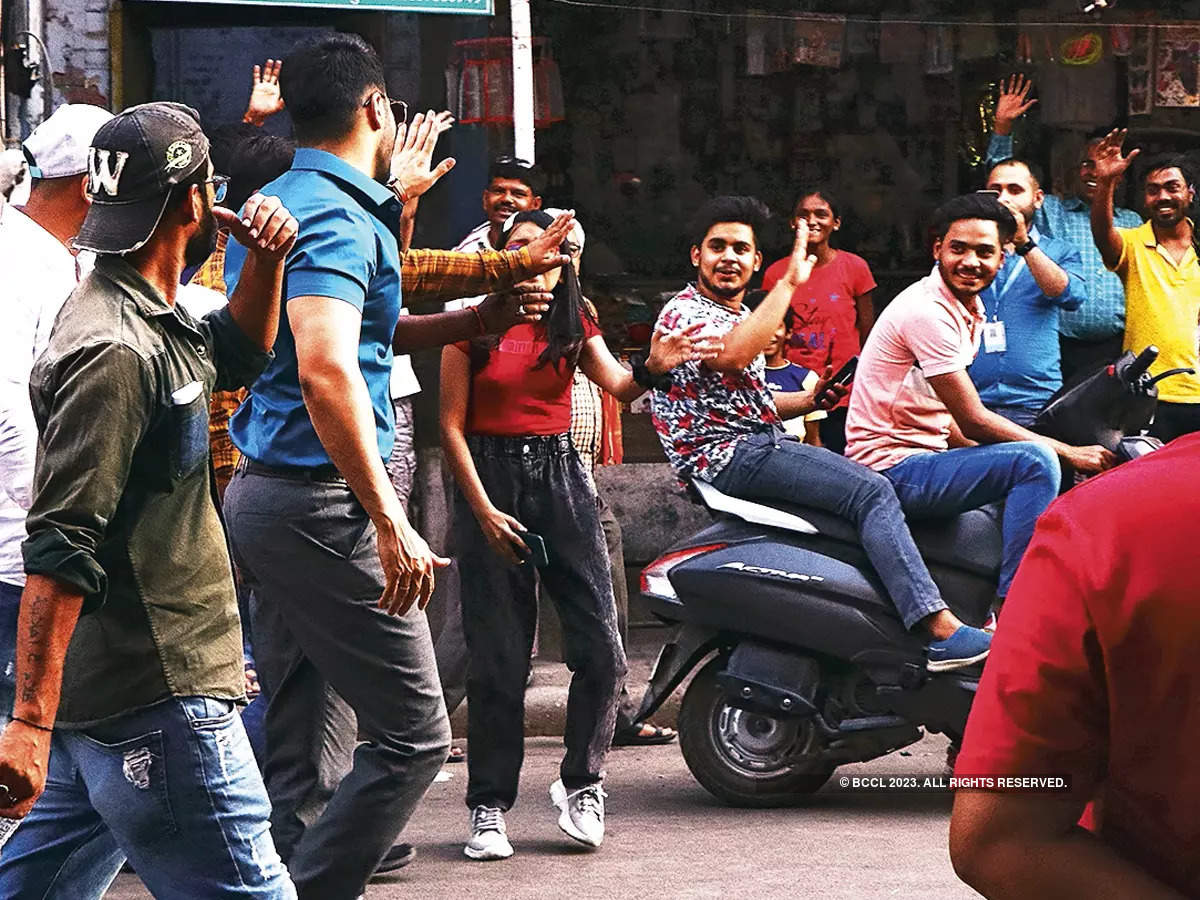 Actor Varun Dhawan shooting in Kanpur
With Anand Bagh being a highly crowded area, security was super tight for the shoot. Bouncers and police ensured that the shoot went off smoothly. From tomorrow onwards, the film crew will be shooting at the Methodist High School till April 19. 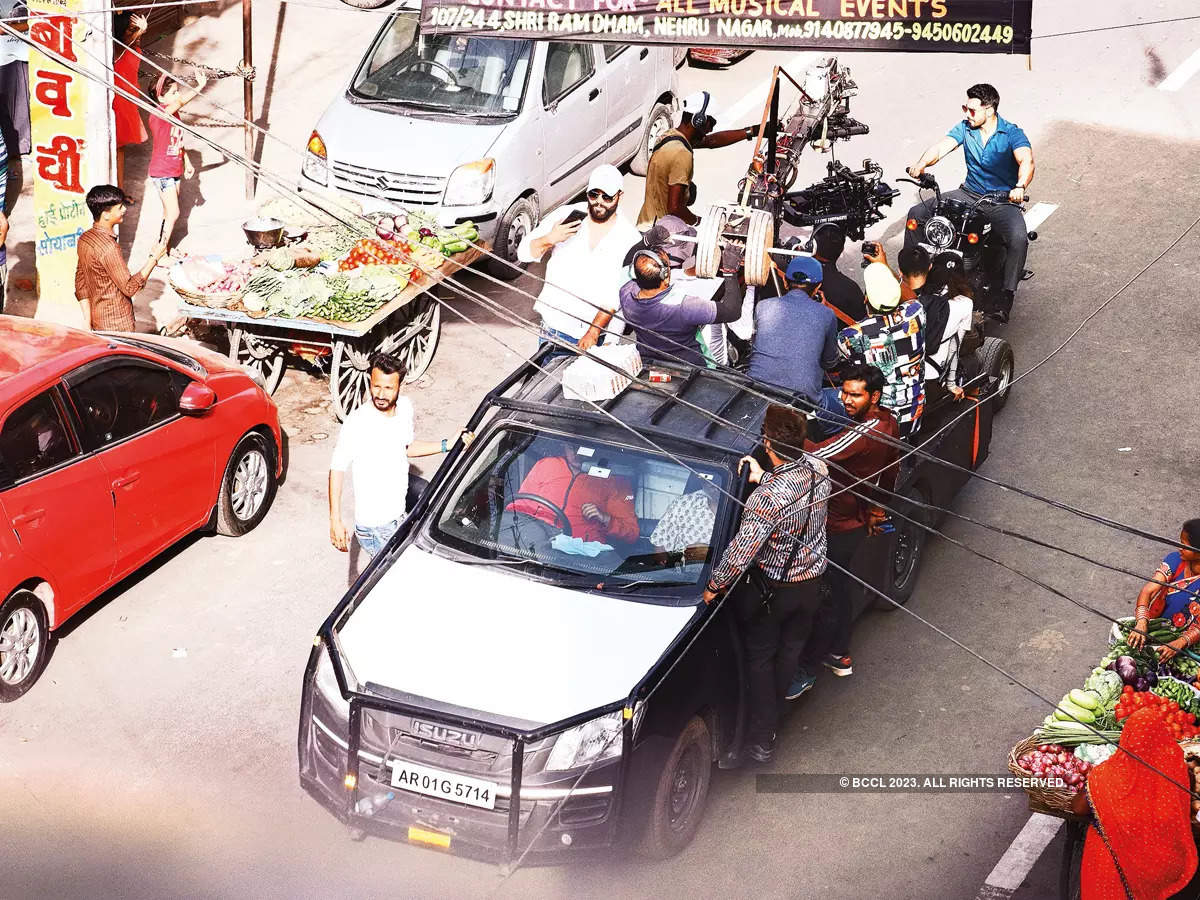 Bawaal is a love story set in several locations in India and Europe. It is the first film of Tiwari, Varun Dhawan and Janhvi which they are working on together.