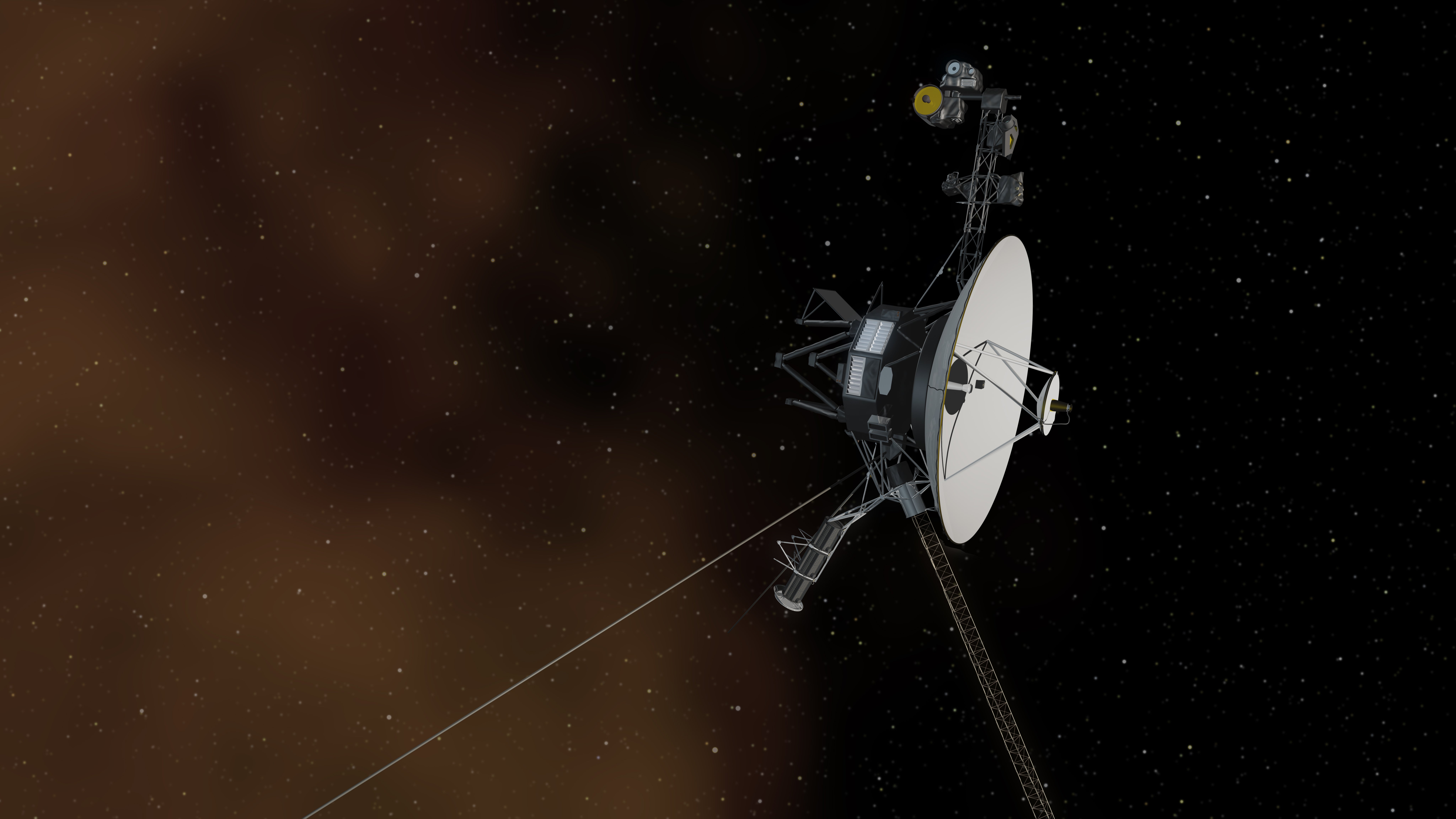 Voyager 1 is nearly 14.5 billion miles from Earth and continues to hurtle out of the solar system at about 38,000 miles per hour. But NASA engineers working on the 44-year-old spacecraft have recently been vexed by the probe’s articulation and control system, which is generating data that appears to be completely random.
“A mystery like this is sort of par for the course at this stage of the Voyager mission,” said Suzanne Dodd, project manager for Voyager 1 and 2 at NASA’s Jet Propulsion Laboratory in Southern California, in a NASA release.
Launched in 1977, Voyager 1 has been in interstellar space for nearly 10 years. Impressively, the spacecraft continues to send data back to Earth, but recently its telemetry data has been invalid; according to NASA, the data simply doesn’t match up with whatever Voyager 1’s true position and conditions might be.
The Voyager team continues to scrutinize the weird attitude articulation and control (AACS) data; they’re not sure whether the problem comes directly from that system or another part of the spacecraft.
“The spacecraft are both almost 45 years old, which is far beyond what the mission planners anticipated. We’re also in interstellar space – a high-radiation environment that no spacecraft have flown in before,” Dodd added. “There are some big challenges for the engineering team. But I think if there’s a way to solve this issue with the AACS, our team will find it.”
Experience Next-Level Sound
Spatial audio with dynamic head tracking provides theater-like sound that surrounds you
Just because the Voyager spacecraft are old doesn’t mean they’re not useful. Data from the probes revealed a previously unknown phenomenon of the interstellar medium, and Voyager 1 recently detected oscillations in the plasma of deep space. It’s basically a spacecraft’s equivalent to Tom Brady winning a Super Bowl at 43.
It’s possible that the source of the gibberish data readouts isn’t identified, and NASA engineers simply learn to live with the quirk. The issue isn’t affecting any of Voyager 1’s science instruments, all of which remain operational 44 years on, and the team expects that both spacecraft will continue to operate beyond 2025.
More: Voyager 2 Team Releases First Scientific Data on Interstellar Space