What Would’ve Happened Next on Archive 81?

What Would’ve Happened Next on Archive 81? 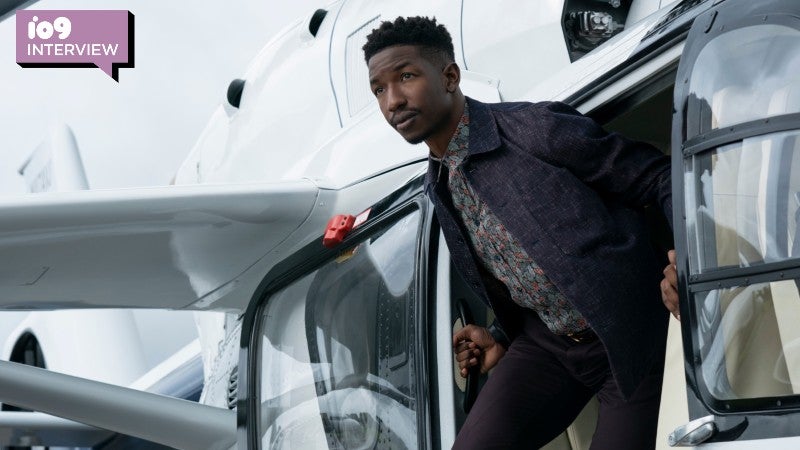 Canceling a TV show is one thing. Canceling a TV show in the wake of a massive, shocking cliffhanger is something else entirely. That happened recently with the Netflix sci-fi mystery show Archive 81, and we asked the show’s star, Mamoudou Athie, what would have happened next. “I guess I can talk about it now,” the actor told io9.
Athie is currently promoting Jurassic World Dominion, the final film in the Jurassic Park saga, which will be out June 10, In it, he plays Ramsay Cole, the head of communications for a company called Biosyn, who plays a key role in the return of Alan Grant (Sam Neill) and Ellie Sattler (Laura Dern) into the franchise. In an interview with io9, he recalled seeing those characters, and the first film, as a young child.
“I remember watching [Jurassic Park] in my parents’ basement and it was a special experience,” he said. “I don’t think anybody had seen anything quite like it before. So I just remember falling in love [and] I was already a huge dinosaur nerd at the time… It was just the coolest thing and I thought they were some of the coolest characters.”
That experience of encountering magic in a basement is not unlike that of Athie’s character in Archive 81, Dan Turner. A video archivist, he’s hired for a lucrative gig that involves traveling to a remote location to restore a stack of fire-damaged videotapes. It’s a job perfectly suited to his talents, until he becomes drawn into the time- and dimension-spanning occult mystery that emerges from those tapes. The first season ended on a wild cliffhanger which we’ll spoil below, along with Athie’s reaction.

Experience Next-Level Sound
Spatial audio with dynamic head tracking provides theater-like sound that surrounds you
Archive 81 ended with Dan finding himself stuck in the past. Specifically, 1994, soon after the fire which is the original subject of the videotapes. “Poor guy,” Athie said. “Like, can you imagine? Can you imagine? And that’s the end of your story? I really cared about that character. It was an intense shoot, but I got really attached to that character, Dan Turner. It was a special experience.”

As for what would have happened next, Athie revealed that Dan would have eventually found his way home. “He does get out,” he said, “He does get out of the other world… and I think the story got more expansive and even crazier. But I guess we’ll never know.” Athie also revealed that while Dan’s return might suggest the show’s initial conceit surrounding the mysterious videotapes would no longer have been a factor, that’s not actually the case. “Well, because, he’s in the ’90s now and he has to get back,” he said, “I think there might have been some of that, actually.”
Not that we’ll ever see, unfortunately. But you can see Mamoudou Athie channel the ’90s on screen next month alongside Jeff Goldblum, Sam Neill, and Laura Dern in Jurassic World Dominion.
Want more io9 news? Check out when to expect the latest Marvel and Star Wars releases, what’s next for the DC Universe on film and TV, and everything you need to know about House of the Dragon and Lord of the Rings: The Rings of Power.