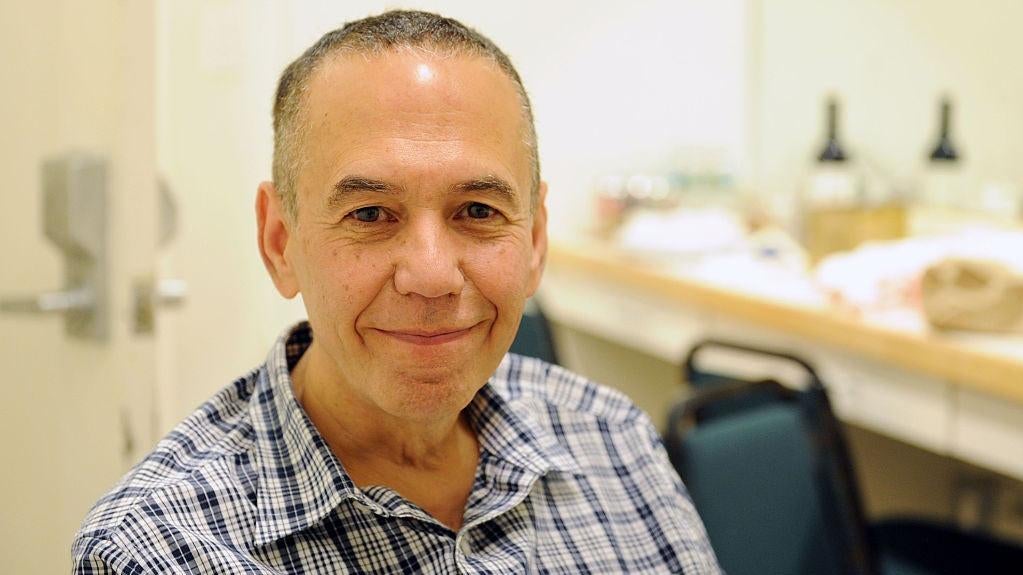 Even if you didn’t know who Gilbert Gottfried was, you knew his voice. The legendary comedian and actor’s raspy, screechy voice was one of the most distinct, unique voices of all time. Sadly though, that voice was silenced this week as he passed away at the age of 67. Gottfried leaves a body of work that has inspired and entertained generations of film and television fans, and we’d love for you tell us your favorites.
The voice performance Gottfried is probably best known for is Iago in Disney’s animated 1992 film, Aladdin. Jafar’s right-hand parrot was mean and cunning, but also funny and memorable. And though it wasn’t Gottfried’s first voice work, it was his biggest at the time and really kicked off a whole new phase of his career.
He went on to voice Mr. Mxyzptlk in Superman: The Animated Series as well as Justice League Action, Kraang Sub-Prime in the more recent Teenage Mutant Ninja Turtles series, Dr. Bender on Fairly OddParents, Sal on SpongeBob SquarePants as well as small roles on classics such as Ren and Stimpy, Beavis and Butthead, Family Guy, Greg the Bunny, and Crank Yankers.
But it kind of always came back to Iago, who Gottfried voiced not just in the first movie but in sequels, TV specials, video games, and more. Which was always kind of funny to fans of his comedy. Though Iago and all those characters shared Gottfried’s voice, they didn’t share his humor, which was decidedly more adult. That was Gilbert Gottfried though: a comedian and actor who basically everyone knew in one way or another. It was a career and legacy most entertainers would dream of leaving behind.
Below, tell us which of Gottfried’s voices was your favorite. Is it one of the ones mentioned above? Another we don’t mention? He certainly did way more than we listed here. Let us know.
Apple MacBook Air (Refurbished) + Microsoft Office Lifetime License Bundle
Boost Your Productivity
Whether you’ll be using the laptop for work, school, or anything else, you’re setting yourself up for success when you bundle it with a lifetime license to Microsoft Office, which includes Word, Excel, PowerPoint, Outlook, Teams, and OneNote.
Wondering where our RSS feed went? You can pick the new up one here.
.